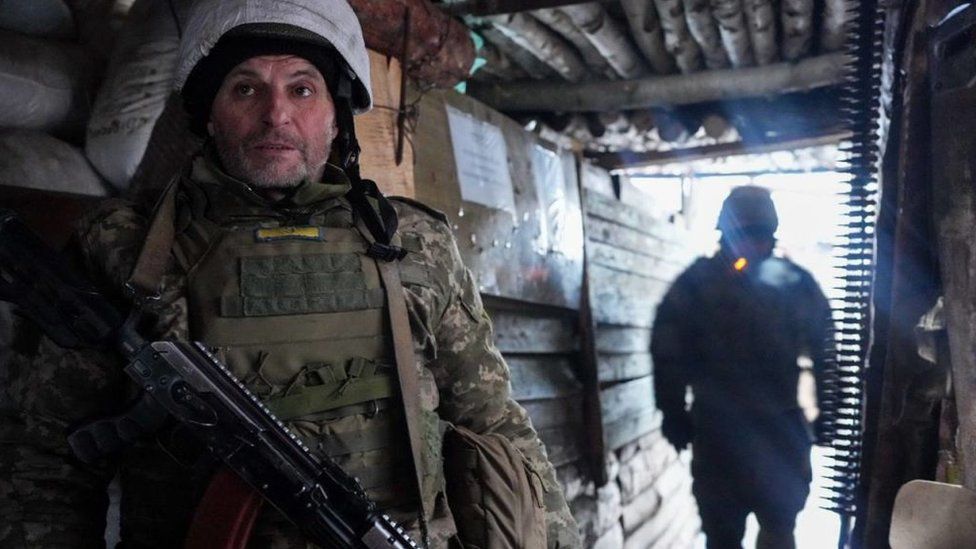 Ukraine: What sanctions could be imposed on Russia?

Both countries have been building up forces along the border as tension continues to escalate.

Western powers are threatening severe economic sanctions against Russia if it were to invade Ukraine.

Western diplomats are refusing to be explicit about specific penalties to keep Russia guessing and maximise their deterrent effect. So what sanctions might the West be planning?

One measure being considered would be to exclude Russia from the system known as Swift - a global financial messaging service. It is used by many thousands of financial institutions in more than 200 countries.

Boris Johnson told MPs that banning Russia from this would be a "potent weapon". It would effectively make it very hard for Russian banks to do business overseas.

This sanction was used against Iran in 2012 and the country lost significant oil revenues and a large chunk of foreign trade. 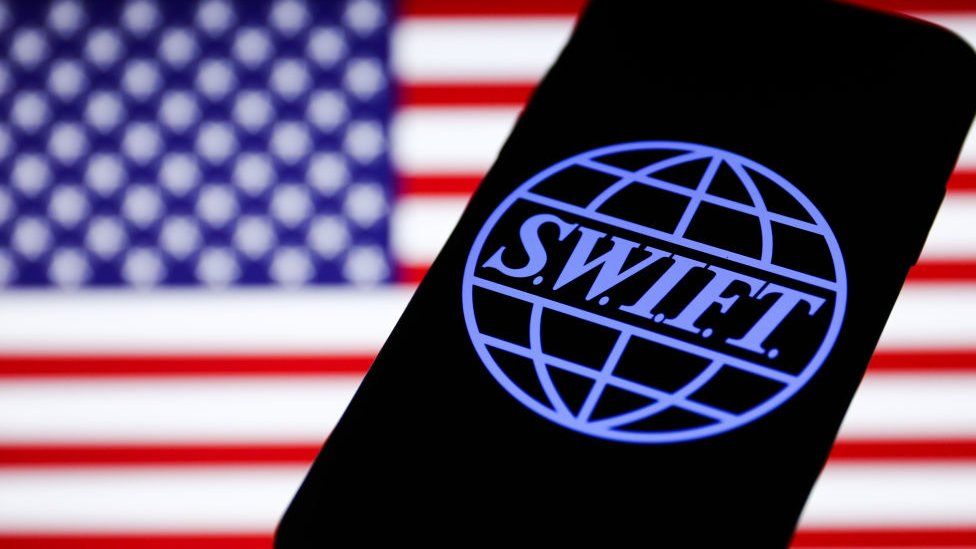 Both US and Germany have voiced doubts and asked if the cost to cut off Russia from SWIFT would be too high.

But this sanction would have an economic cost for countries like the United States and Germany whose banks have close links to Russian financial institutions.

The US could ban Russia from financial transactions involving US dollars. Essentially, any western firm that allowed a Russian institution to deal in dollars would face penalties.

This would mean that Russia would be extremely limited in what it could buy and sell around the world.

This could have a huge impact on Russia's economy as most of its oil and gas sales are settled in dollars.

The ability of Western institutions and banks to buy Russian bonds is already restricted - those curbs could be tightened.

This would deprive the country of access to finance that it needs to grow its economy. The country's cost of borrowing might rise and the value of the Rouble might fall.

Russia has prepared for this by reducing the amount of debt held by foreign investors. 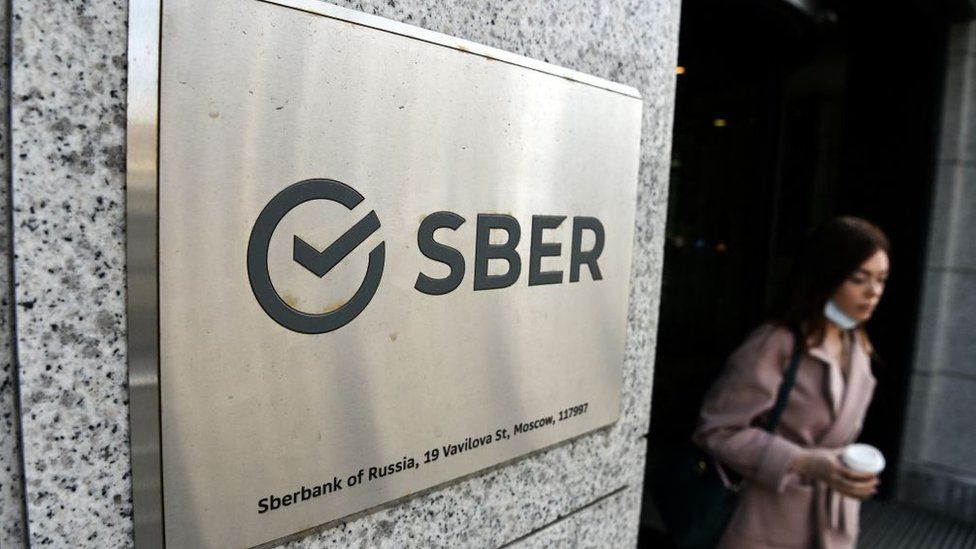 State-owned Sberbank is one of the biggest Russian banks that's sanctioned by EU.

The US could simply blacklist some Russian banks, making it almost impossible for anyone in the world to conduct transactions with them.

Moscow would have to bail out the banks and do what it could to avoid inflation rising and incomes falling.

This would, though, have a major negative impact for western investors with money in those Russian banks.

The West could restrict the export of key commodities to Russia.

The US could, for example, stop companies selling any goods containing American technology, software or equipment.

This could involve, in particular, semiconductor microchips, which are used in everything from cars to smart phones, machine tools to consumer electronics.

This would target not just Russia's defence and aerospace sectors, but whole swathes of its economy.

Russia's economy is hugely dependent on selling gas and oil overseas. The sales are huge source of revenue for the Kremlin.

The West could make it illegal for countries and companies to buy oil from the big Russian energy giants such as Gazprom or Rosneft. 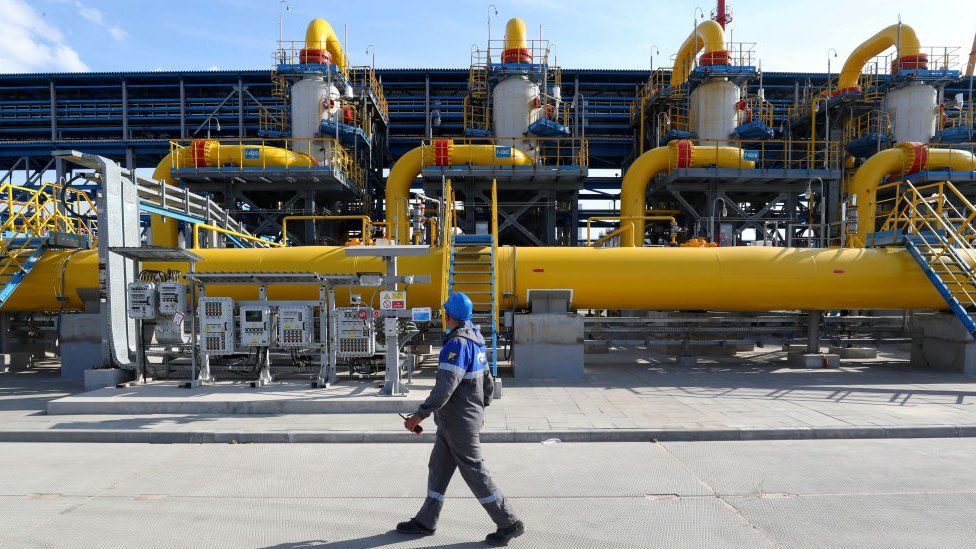 Some German politicians are reluctant to halt Nord Stream 2 because of the negative impact on Europe's economy.

A new gas pipeline under the Baltic Sea from Russia to Germany - called Nord Stream 2 - could be abandoned. It is ready to start operations but still awaiting regulatory approval.

But, any curbs on Russian gas would raise prices across Europe, much of which is dependent on energy from the east.

New sanctions could be targeted at individuals, including not only associates of Vladimir Putin but also the Russian President himself.

This would most likely involve punishing acts of hostility against Ukraine or threatening its sovereignty or territorial integrity.

Asset freezes and travel bans are the most likely options. But many such sanctions are already in force and have yet to change much Russian behaviour.

The hope of US and European powers is that Russia's elite would put pressure on Mr Putin if they were unable to access their wealth in foreign countries and educate their children in western schools and universities.

Some sanctions could be imposed to restrict the ability of Russian individuals to invest and live in London. 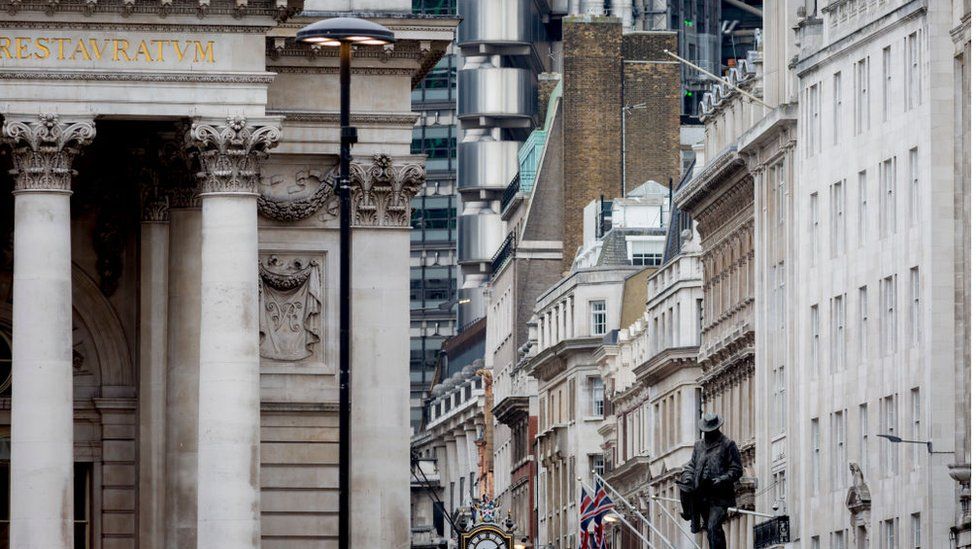 Such is the scale of Russian money in banks and property in the UK that the capital has been dubbed "Londongrad".

The UK government claims it is tackling this problem with "unexplained wealth orders", which require people to say where their cash has come from.

But only a handful of these orders have ever been used. Some US organisations want the White House to push the UK harder on this.

Difficulties for the West

The main difficulty for the West is to decide what sanctions should be imposed and when. There are differences between countries on this.

How much should the sanctions depend on the scale and nature of any Russian attack? If, to quote President Biden, there was a "minor incursion", what sanctions would be justified? And who should deploy them?

When asked about this, US officials say there is unity of purpose but admit there might be a "division of labour" with different countries imposing different sanctions.

Russia could also mitigate the impact of western sanctions by looking to China and other allies for support.

The bottom line is that the most effective economic sanctions often come at a high price for those who impose them. There are trade-offs and not everyone in the West is willing to acknowledge them.