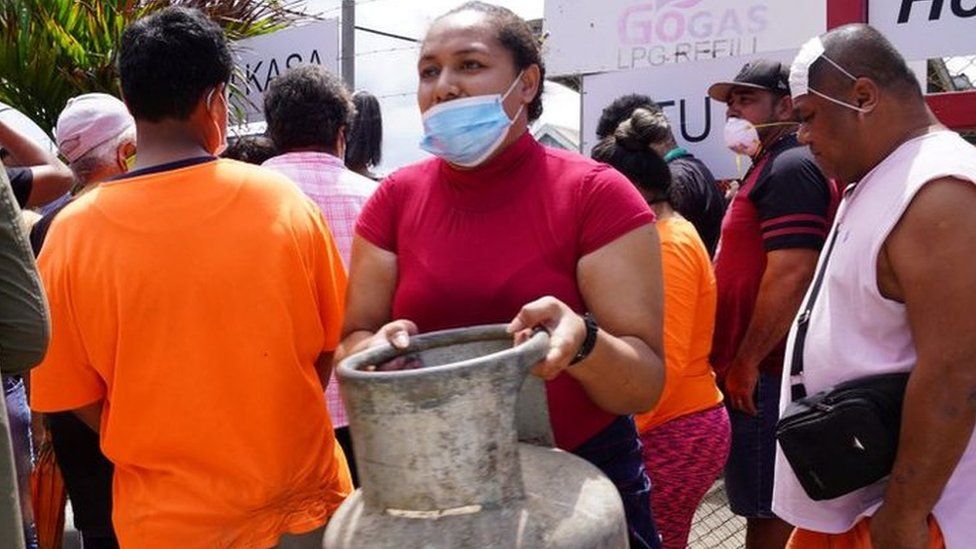 Tonga: How an Internet blackout left many desperate for money

Sulieni Layt would send money to his sister-in-law in Tonga every fortnight.

The Tongan director and broadcaster at Pasifika Radio and TV based in Australia was used to choosing from an array of remittance providers to digitally transmit the funds to her.

But last month's tsunami, triggered by the undersea eruption, caused widespread devastation in Tonga, leaving him unable to remit money to his family at a time when they needed it the most.

"Western Union was offline, MoneyGram was offline … all the usual [remittance] providers were all offline, not only on the main island but also in the outer islands," he told the BBC.

A lifeline for Tongans

Four out of five Tongan households receive remittances from abroad.

This forms a major source of income, equivalent to about 30% of household consumption, according to the World Bank's International Finance Corporation.

Tonga's economy is largely agriculture-driven, but the contribution of remittances from abroad to its GDP outstrips even the export of goods like coconuts, squash, and cassavas. 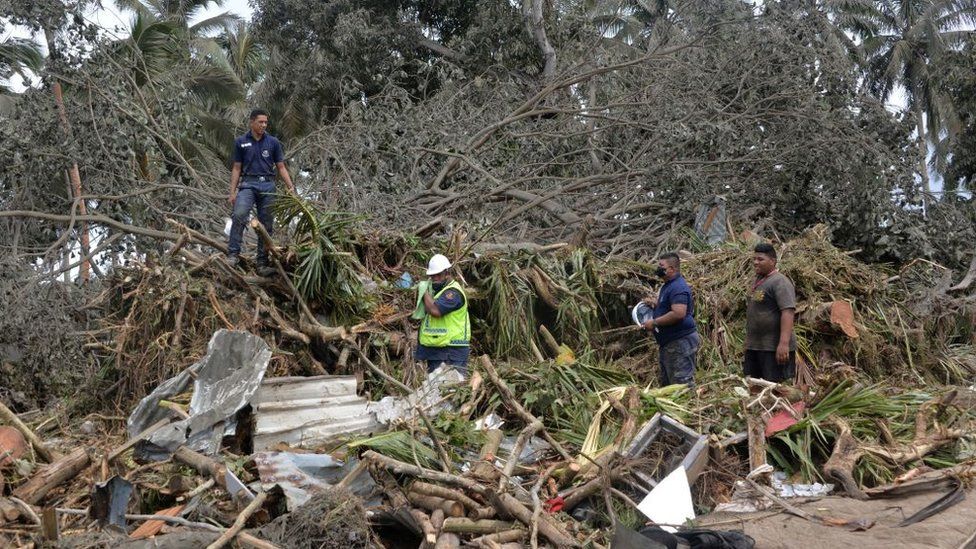 The tsunami that followed the eruption laid waste to wide swathes of land in Tonga, destroying homes, plantations and infrastructure

So the impact of losing the internet was life-altering.

"[The lost connectivity] severed pathways for immediate cash to reach households and communities to help in the emergency response," says Jessica Collins, a Research Fellow of the Pacific Islands Program at the Lowy Institute.

"The loss of remittances would have particularly affected Tongan women, given their disproportionate reliance on [it], stemming from limited employment opportunities and pressures of family care."

For people like Mr Layt, that meant not being able to send money as easily to people like his sister-in-law and her seven children - which would have been used on essentials such as food and water.

Prices of essential items are also said to have ballooned in the aftermath of the disaster.

"The only water that people could obtain was by going to the shops, and the price was being increased because of the demand," said Mr Layt. "So people needed more money."

Now, although some connectivity has been restored - mostly via satellite phones - these connections remain patchy and unstable, creaking under the volume of transactions as Tongans abroad desperately try to get funds to their families.

"Remittance companies tell me that the volume and the demand have gone up nearly three times more than they would otherwise be able to handle," said Sefita Hao'uli, a board member of the New Zealand-Tonga Business Council who works closely with seasonal Tongan workers based across New Zealand.

For now, local Tongans are relying heavily on international shipments of foreign aid flooding into the country, not only from governments, but by Tongan communities based as far away as Tahiti in French Polynesia and American Samoa. 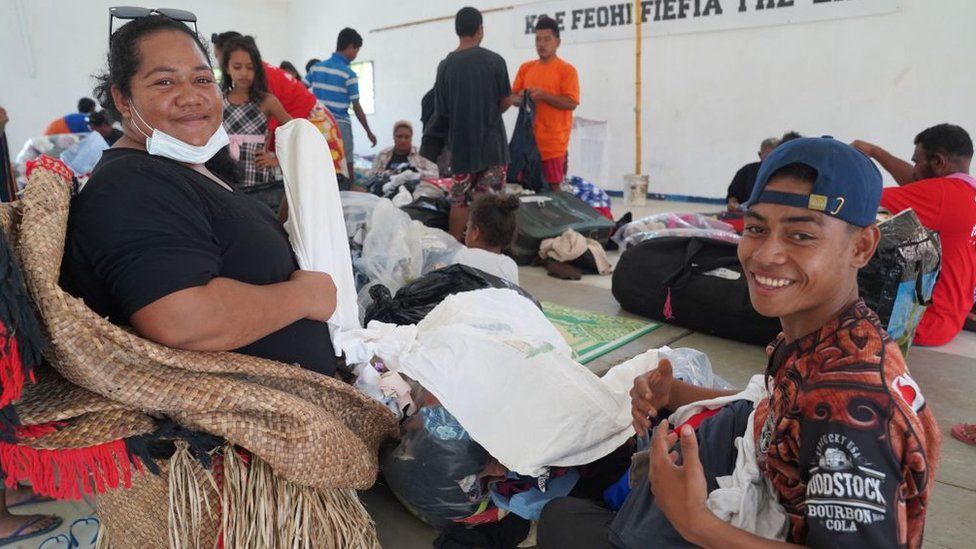 Tongans affected by the tsunami are relying on shipments of international aid, along with donations from local churches and residents

These supplies have granted some relief, but the inflow of goods and exchange of hands have come at its own price.

On Wednesday, five new Covid cases were detected in Tonga in less than 24 hours, dealing a fresh blow to a country that had, up till now, managed to escape relatively unscathed by the pandemic.

Authorities enforced an emergency nation-wide lockdown for five days to stem the spread, adding a fresh layer of urgency to stock up on essential items before the curfew.

"People were just queuing up; traffic jams because everyone was desperate for supplies from shops," said Mr Layt.

Companies repairing the undersea cable have warned that it might take several more weeks for the connection to be restored, but it might take longer if any further volcanic activity interrupts the repair operation.

Locals say they are uncertain about what the next few weeks might bring, but still remain hopeful.

"We can all help each other in the next few weeks," said Drew Havea, Chair of the Civil Society Forum of Tonga, from the capital Nuku'alofa. "You can call somebody for food or support."

If nothing else, they hope for a return of internet services to restore ties with loved ones across the globe.

"We would love to be connected to our families overseas, our children and grandchildren, just like the rest of the world," said Mr Havea. "It's just a small ask [for] me."