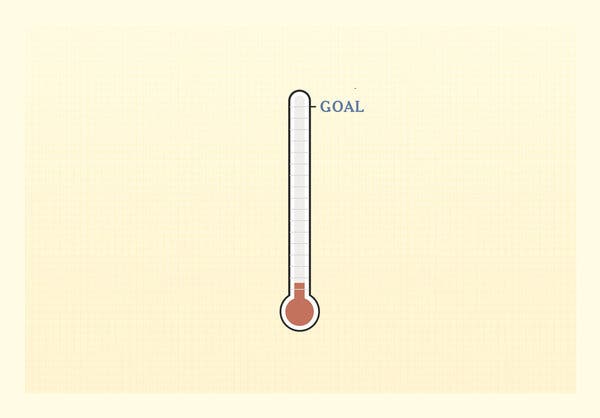 The U.S. Has Made Big Climate Promises. Where’s the Money?

Take note of the $1.5 trillion spending bill passed by the United States Congress last week. It included $1 billion in climate aid. That’s less than half of what the White House had requested and far short of the $11.4 billion that President Biden promised to deliver each year by 2024.

The money in the spending bill is mostly meant to help poorer countries cope with the accelerating risks of global warming and transition away from fossil fuels. Mohamed Adow, an activist with Power Shift Africa, called the allocation of $1 billion “appalling.”

“Many countries in the global south have made their climate commitments contingent on receiving substantial climate finance,” Adow said. “The U.S. failing once more to keep its finance promises will destroy any hopes that these countries may achieve their emissions reduction targets.”

Rich, industrialized nations as a whole have fallen far short of their own promise, made over a decade ago, to raise $100 billion in climate aid every year, starting in 2020. The United States, which is responsible for the largest share of greenhouse gas emissions in history, is under particularly sharp scrutiny. It contributes less than what the Overseas Development Institute, a London think tank, and many others consider its fair share.

Extreme weather events, supercharged by climate change, are expensive. In 2012, Hurricane Sandy left $60 billion in damages. The 2018 wildfires in California exacted $148.5 billion in damages, according to one peer-reviewed study.

That Congress set aside $1 billion for international climate finance in this year’s budget is something of a reality check on U.S. officials’ talk when it comes to climate issues. Even last week, just before Congress approved the spending package, the U.S. climate envoy, John Kerry, told members of the United Nations Security Council that there would be progress on meeting the $100 billion target.

“It’s been a year of Secretary Kerry, President Biden and other administration officials saying, ‘The U.S. is back, we’re climate leaders,’ but there really is a lack of delivery,” said Joe Thwaites, who follows climate finance at the World Resources Institute. “Trying to lecture other countries but not being able to invest in climate action themselves is not going to go down very well.”

He posted an informative Twitter thread on the shortfall and its implications.

We’re keeping an eye on what the administration asks for in its next fiscal year budget request. That could come as soon as this week.

The shortfall was also particularly notable as it came barely two weeks after a global panel of scientists beseeched world leaders to fund climate adaptation. The latest Intergovernmental Panel on Climate Change, in an exhaustive report published in late February, concluded that the world’s poorest nations would very likely need hundreds of billions of dollars every year in the next few decades to protect themselves from climate shocks, including the world’s big coastal cities at risk of sea level rise.

One of the most populous and most vulnerable is Mumbai, India’s commercial capital and home to roughly 20 million people. The I.P.C.C. has warned that it could face $162 billion in damages from rising seas by 2050. This week, the city unveiled an ambitious climate plan of its own. It said it planned to get half of its electricity from renewable sources by 2030, shore up flood defenses and expand green cover to help its residents cope with heat stress.

As if on cue, Mumbai faced an unseasonable heat wave warning, with temperatures spiking to near 104 degrees Fahrenheit, or 40 degrees Celsius, considerably above normal for mid-March. 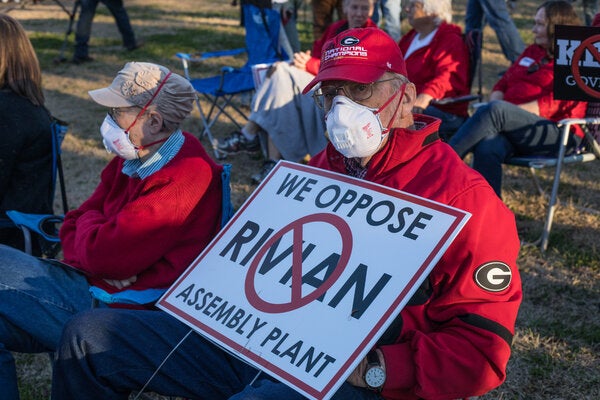 Opponents of a proposed Rivian assembly plant at a rally for David Perdue, a Republican candidate for governor, in Rutledge, Ga. Credit... Matthew Odom for The New York Times

Threats and conspiracy theories in Georgia: An electric truck factory that promised thousands of green jobs in the state quickly became a political lightning rod. 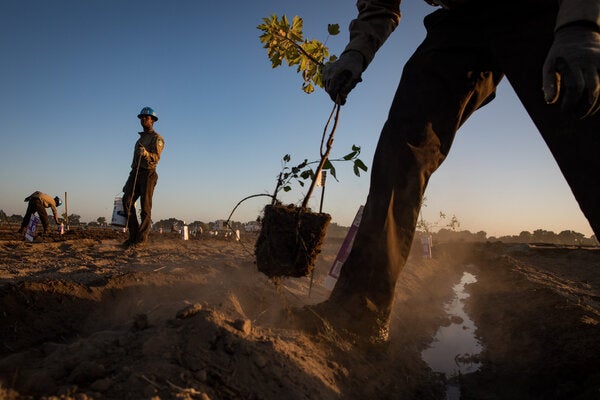 Before you go: Not all tree planting helps the planet

As the climate crisis deepens, businesses and consumers are joining nonprofit groups and governments in a global tree planting boom. These efforts can be a triple win, providing livelihoods, absorbing and locking away planet-warming carbon dioxide, and improving the health of ecosystems. But when done poorly, the projects can worsen the very problems they were meant to solve. To find out how, you can read our article here.

Thanks for reading. We’ll be back on Friday.

Reach us at climateforward@nytimes.com. We read every message, and reply to many!