The Arizona Coyotes and Their Long Journey to Nowhere

Hockey | The Arizona Coyotes and Their Long Journey to Nowhere

The N.H.L.’s least valuable franchise, and its 26-season headache, won’t have a home as of June 30 after the City of Glendale said it would end their agreement. 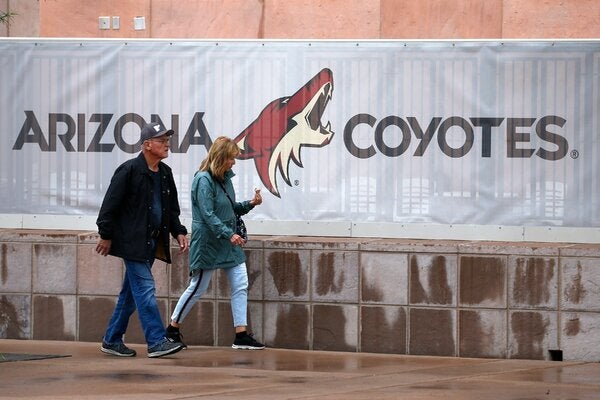 For the time being, the Coyotes have caught up on their unpaid bills. Credit... Ross D. Franklin/Associated Press

Over the last 26 seasons, the Arizona Coyotes have at times been bankrupt, ownerless, a ward of the N.H.L., the subject of relocation rumors, and, more recently, in a prickly relationship with the owners of their home arena. The team has long struggled to draw fans to its suburban rink, and it has never contended for the Stanley Cup, despite putting Wayne Gretzky, hockey’s “GOAT,” behind the bench for four seasons.

This month, the Coyotes may have reached a nadir. Glendale, Ariz., threatened to lock the team out of Gila River Arena in the middle of its season because Alex Meruelo, the team owner, owed $1.3 million in unpaid state and city taxes and arena operating costs from last season.