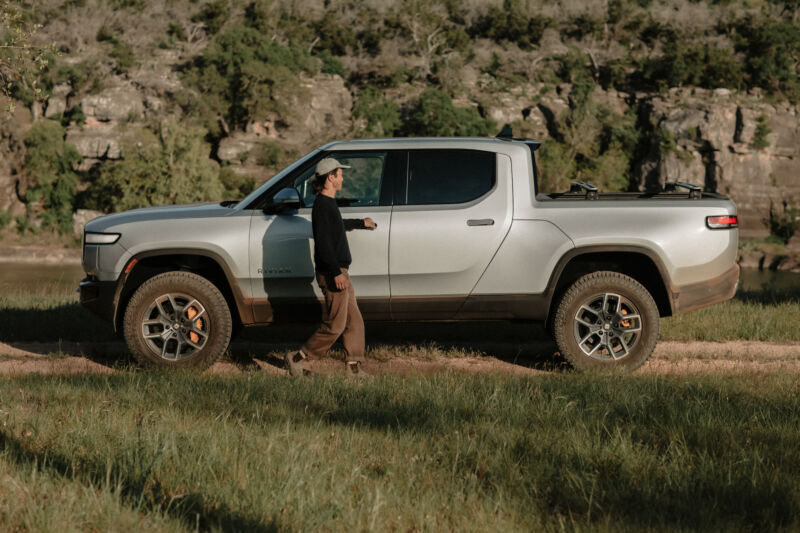 "As we worked to update pricing to reflect these cost increases, we wrongly decided to make these changes apply to all future deliveries, including pre-existing configured preorders…  it was wrong and we broke your trust in Rivian," CEO RJ Scaringe said in a statement released today. "We made a mistake in how we approached our pricing changes, and what is important now is that we fix it."

Original story: Automaker Rivian announced yesterday that it is raising the prices of its R1T truck and R1S SUV and that the new prices would apply to nearly all preorders.

Both the R1T and R1S weren’t inexpensive vehicles to begin with—the truck started at $67,500 before any eligible tax credits, and the SUV started at $70,000. At those prices, the vehicles came equipped with a quad-motor drivetrain and a “large pack” battery that would provide about 315 miles of range.

Now, to get the same vehicle, buyers will have to fork over $79,500 for the R1T and $84,500 for the R1S, increases of 17 percent and 20 percent, respectively. The only customers locked in to the old pricing are those whose vehicles are already in production or will be soon. Given Rivian’s slow ramp-up, there aren’t likely to be many who qualify.

Buyers who have placed a $1,000 refundable deposit can elect to downgrade their vehicles to dual-motor drivetrains with “standard” batteries good for 260 miles of range, cutting $12,000 off the price. There’s a catch, though—neither option will be available until 2024. If there’s any solace for customers, it’s that the dual-motor version will be slower than the quad-motor, but not by much—it’s estimated to hit 60 mph in four seconds rather than 3.2 for the more powerful model. Towing capacity is reportedly unchanged.

Customers are outraged. “I’m out. Terrible way to treat early adopters,” one poster said on Rivian's forums. “This feels like a gigantic bait and switch,” another added on Rivian Owners Forum.

Rivian blamed the steep price hikes on inflation. “Like most manufacturers, Rivian is being confronted with inflationary pressure, increasing component costs, and unprecedented supply chain shortages and delays for parts (including semiconductor chips),” Jiten Behl, the company’s chief growth officer, said in a statement. “This rise in cost and complexity due to these challenging circumstances necessitates an increase to the prices of the R1T and R1S models we offer today—prices which were originally set in 2018.”

While inflation is likely part of the story, the price hike may have been planned for a while. In a lawsuit filed by Laura Schwab, the company’s former VP of sales and marketing who alleges the company has a “toxic bro culture,” concerns over profitability were raised in spring 2021. From the lawsuit:

Beginning in spring of 2021, Ms. Schwab started to raise the alarm about concerns she had relating to Rivian’s ability to deliver on its promises to investors. Shockingly, Mr. Behl dismissed her concerns and explicitly asked Ms. Schwab not to raise these issues in front of Mr. [RJ] Scaringe [Rivian’s CEO].

First, it was clear that the vehicles were underpriced, and each sale would result in a loss for the company. Ms. Schwab ultimately contacted Dennis Lucey, Rivian’s Finance Director, and worked with him to develop projections showing how much of a loss the company would incur if Rivian did not raise prices. Ms. Schwab raised this issue with several executives, including Mr. Behl, Stuart Dixon (Director of Product Management), and Andy Zicheck (Principal Product Manager). Mr. Behl brushed her off. Eventually, Mr. [Patrick] Hunt [then-senior director of consumer digital] raised the issue with Mr. Behl, at which point Mr. Behl agreed that they would need to raise the vehicle prices after the IPO.

Starting in the spring of 2021, inflation began to rise above the 2 percent rate of the previous several years. At the time, though, it wasn’t clear whether the spike would be temporary. In all, prices are up 7.5 percent over a year ago.