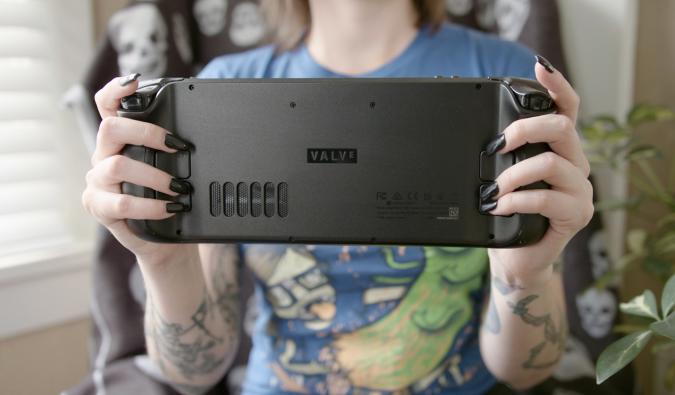 The Morning After: Valve warns you, again, against modifying your Steam Deck

Valve loves to warn people about the risks of do-it-yourself Steam Deck maintenance, and this time it’s reminding you that trying to upgrade the built-in storage could lead to problems.

Following a PC Gamer article on modding the Steam Deck, Valve hardware designer Lawrence Yang warned against upgrading the device's NVMe SSD. While it's technically possible, the bigger M.2 2242 drives are hotter and more power-hungry than the 2230 models the handheld was meant to support. Yang added you could "significantly shorten" the longevity of the system. You’ve been told.

You could get your hands on the device sooner than expected.

And if you don’t yet have a Steam Deck — or you fried yours with an ill-advised upgrade — Valve says it has boosted production and will ship more than twice the number of units each week.

Were you to reserve a Steam Deck now, you likely wouldn't receive it until at least October. However, since Valve is ramping up the volume of shipments, it may bring down that wait time.

‘GoldenEra’ is a loving, if muddled, tribute to ‘GoldenEye 007’

Covering the whole breadth of a video game’s influence is harder than it looks. The Nintendo 64’s GoldenEye 007 — the rare Bond game that not only nailed the franchise tie-in but elevated the experience — is one of a handful of games that warrant a feature-length making-of documentary. Drew Roller’s GoldenEra tries to encompass the entire creative route, from its genesis as a small project at Rare’s rural farmland campus to the monster it became.

GoldenEra has been able to get many of the original team on the record, supplemented by a number of journalists and talking heads from across the games industry. But multiple segments — those covering Perfect Dark, Free Radical Design and Timesplitters, GoldenEye fan films and the modding community — feel a little shallow.

LG buys its way into the EV charging business

It's acquiring a charger manufacturing company.

LG is jumping into the EV charging business with the acquisition of a South Korean EV battery charger developer called AppleMango. This should help it create "fully featured" charging stations with a user-friendly interface and real-time control and management, it said. In particular, it’ll leverage its "sturdy, dust- and water-proof" outdoor digital display tech. LG plans to install an EV charger production line at LG Digital Park in South Korea by the end of 2022.

That could affect performance for app loading and more.

Apple's 13-inch 256GB MacBook Pro M2 may have worse SSD performance than the equivalent M1 model, according to testing by YouTube sites  Max Tech  and  Created Tech . The $1,300 base model showed around 50 percent slower read speeds and 30 percent slower write speeds. It turns out the 13-inch MacBook Pro M2 has a single 256GB NAND flash storage chip instead of two 128GB chips like the previous M1 model. That would mean the driver can only use two lanes in parallel, restricting performance.

Apple claimed Qualcomm might use two patents to sue again.

Apple and Qualcomm may have ended most of their feuding in 2019, but the fight isn't over just yet. The Supreme Court has denied Apple's request for a hearing to possibly invalidate two Qualcomm patents that played key roles in 2017’s attempts to ban Apple Watch, iPad and iPhone sales over alleged modem-technology infringements. The court didn't explain why it rejected the request, but a Justice Department amicus brief from May argued there was no evidence to indicate the patents were harming Apple's business. A Nintendo Direct Mini is scheduled for June 28th at 9AM ET. It probably won't feature news on Mario, Zelda, Pokémon or any of Nintendo's other franchises, though. Nintendo says it'll focus on third-party titles on their way to Switch, and it could be a fairly meaty affair. It clocks in at 25 minutes, and Nintendo’s online showcases usually run at a fair clip. One of the more notable third-party games slated for a Switch debut, No Man's Sky, already has a release date of October 7th, so that may not get a heavy focus. There's always the chance of more details on Hollow Knight: Silksong, which is slated to arrive in the next year.