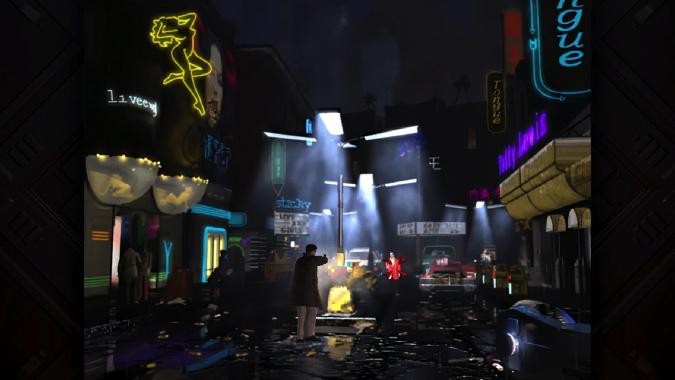 The Morning After: A remastered version of 1997's 'Blade Runner' game finally arrives

Yes, Juul e-cigarettes have been banned in the US, but we talked about that yesterday. But what’s like vapes? Replicants and ‘80s sci-fi? Maybe not, but anyway, Nightdive Studios has finally released Blade Runner: Enhanced Edition for Windows PCs (via Steam), PlayStation, Switch and Xbox consoles. The modernized version runs at 60 frames per second instead of the original's 15 fps, complete with updated animations and models.

At the time, Westwood's 1997 game pushed the boundaries of both graphics and gameplay. Instead of the usually fixed plot, Blade Runner changed the replicants and humans around with each playthrough while also offering branching storylines.

Rather than relying on either 2D art or crude 3D, the title used voxels (pixels with 3D attributes), giving far more visual detail for the era, including volumetric lighting. Think of it as the ray-tracing of ‘90’s gaming. This choice in graphics technology made for a challenging remaster, however, as it didn’t play well with graphics cards, and then the source code was lost in an office move. For those that played the unlicensed version, it might not look quite as good , but hey, at least it runs on your Switch.

The FDA has banned Juul

The Vapes of wrath. As teased yesterday, the FDA has banned e-cigarette maker Juul from selling and distributing its products in the US. It ordered the company to remove its wares from the market or face enforcement actions. Juul told Engadget it intends to seek a stay on the decision. It’s exploring all other options, including an appeal.

Despite featuring some of the smallest pixels yet, Samsung’s new 200-megapixel camera sensor has autofocus capability in every pixel, binning for better low-light capability and multi-gain ISO for maximum dynamic range.

Each pixel has autofocus detection capability, and the Super QPD tech uses a single lens over four pixels for quicker and more accurate autofocus. It can also bin four 0.56 micron pixels into a larger 1.12 micron 50-megapixel sensor for better low-light capability, or even combine 16 pixels into one 2.24 microns in size.

A prototype of the EV showcases at the Goodwood Festival of Speed. The Polestar 5 is making its first public appearance at the 2022 Goodwood Festival of Speed in West Sussex, England. As part of the First Glance vehicles event, a prototype of the upcoming four-door electric GT sports car will drive up the Goodwood hill twice each day. The Polestar 5 is the production version of a concept EV called Precept, introduced back in 2020. When the company announced it was going to turn the concept into a real vehicle, it said it would manufacture the EV at a new carbon-neutral facility in China.

The company previously cut 150 jobs in May amid business woes.

Netflix has laid off around 300 people in its latest round of job cuts. Most of the layoffs were in the US, according to Variety, and affected a number of departments. This is Netflix's second round of layoffs due to slowing revenue growth. It laid off 150 employees, along with many part-time workers and contractors, back in May. The company has around 11,000 employees globally. Netflix is still hiring on other fronts and has already earmarked around $17 billion to invest in content this year alone.

This comes after the website launched its own NFT collection in May.

eBay has truly (unfortunately?) fully embraced non-fungible tokens: The e-commerce company has acquired KnownOrigin, an established marketplace for digital art NFTs. KnownOrigin has been around since 2018 and gives artists a platform to create and sell their art as NFTs in exchange for cryptocurrency payments.