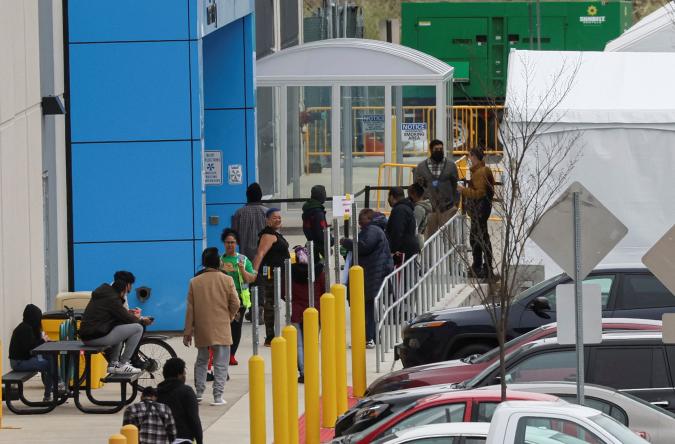 Amazon is likely to run out of prospective workers for its US warehouses by the year 2024, according to an internal memo that was leaked to Recode . The memo contained internal research from 2021 that predicted a looming labor crisis for the e-commerce giant that would hit some areas faster than others. For example, it estimated that Amazon would exhaust its labor supply in Phoenix, Arizona by the end of 2021 and in California’s Inland Empire by the end of 2022. It calculated the available pool of workers using factors like income levels and proximity to current or planned Amazon facilities.

The report urged the company to take steps to address the future labor gap, such as raising wages to retain its existing workforce and attract more new hires. It also suggested increasing automation in the warehouses. “If we continue business as usual, Amazon will deplete the available labor supply in the US network by 2024,” wrote the authors of the report.

In a statement to Engadget, an Amazon spokesperson said that the leaked document isn't an accurate assessment of its hiring situation. “There are many draft documents written on many subjects across the company that are used to test assumptions and look at different possible scenarios, but aren’t then escalated or used to make decisions. This was one of them. It doesn’t represent the actual situation, and we are continuing to hire well in Phoenix, the Inland Empire, and across the country," wrote Rena Lunak, Amazon's director of global operations and field communications.

Automation is something that Amazon has invested heavily in already by acquiring Kiva Systems in 2012. But according to a Wired investigation from last year, Amazon’s warehouse robots aren’t capable of handling advanced fulfillment tasks that can only be performed by a human worker.

Human workers were once an ample resource the company. The tech giant is the second-largest private employer in the US, and is the largest private employer in a number of US states and cities. The company announced plans to hire 125,000 workers last fall, which is roughly equivalent to the population of Savannah, Georgia. But the new hires largely appear to be replacing workers who have been terminated or resigned. Amazon’s turnover rate is roughly 150 percent a year, or twice the amount of the retail and logistics industries at large, a New York Times investigation revealed last year.

As Recode notes, Amazon’s attrition rate is even worse in Phoenix and the Inland Empire. It also has to compete with big-box stores like Walmart and Target, which are now offering competitive wages to those with warehouse experience. “We are hearing a lot of [Amazon] workers say, ‘I can just go across the street to Target or Walmart,’” Sheheryar Kaoosji, co-executive director of Inland Empire’s Warehouse Worker Resource Center told Recode.