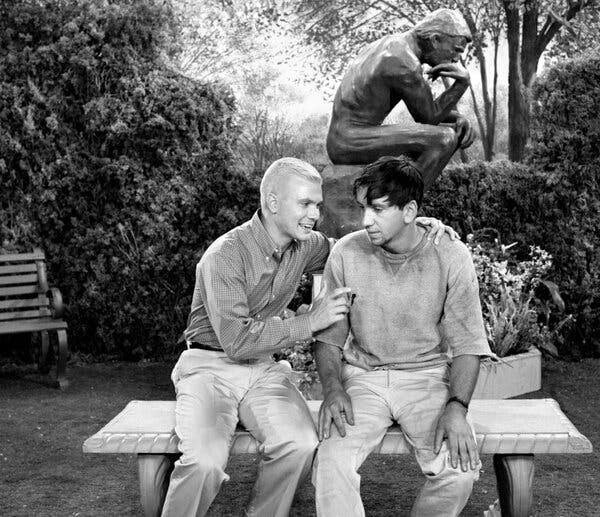 He went on to appear in movies and other TV shows and to work as a television executive, but the role of Dobie would dog him for decades. 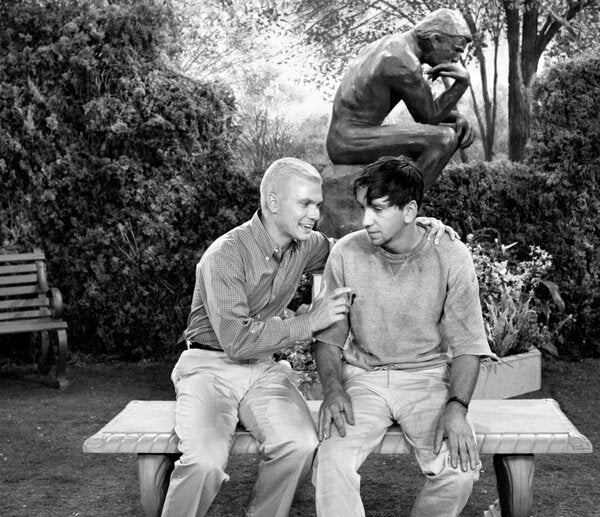 Dwayne Hickman, left, and Bob Denver in “The Many Loves of Dobie Gillis” in 1959. Early in the series, Mr. Hickman’s hair was bleached blond. That stopped when his hair began falling out. Credit... CBS

Dwayne Hickman, the affable, apple-cheeked actor whose starring role in the revered sitcom “The Many Loves of Dobie Gillis” would dog him for more than half a century, died on Sunday at his home in Los Angeles. He was 87.

The cause was complications of Parkinson’s disease, a spokesman for his family said.

Broadcast on CBS from 1959 to 1963, “The Many Loves of Dobie Gillis” was an essential ingredient of adolescence for the postwar generation and remained popular in syndication for years. Mr. Hickman became one of TV’s first teenage idols for his portrayal of its lovelorn hero, and he remained indelibly identified with the character ever after, a fate he bore with genial resignation.