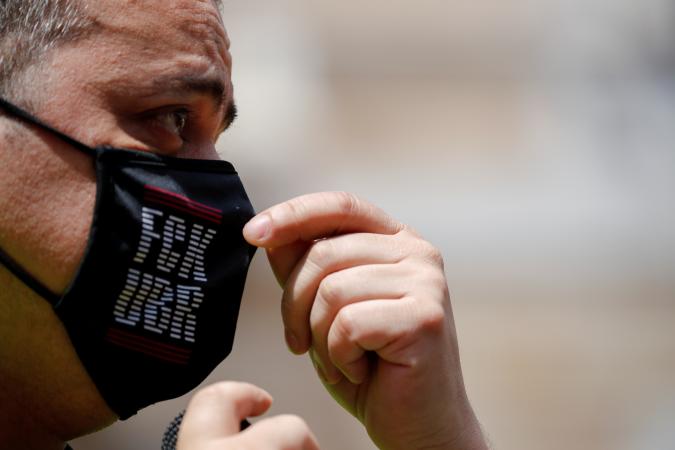 Big tech's abortion travel policies do nothing for its contractor workforce

The Supreme Court's ruling last week has overnight transformed many states where abortion access was prohibitively difficult to ones where it is now de facto illegal. Congressional Democrats squandered nearly 50 years of opportunities to strengthen the right to bodily autonomy, and now in the wake of a post-Roe nation, large companies have been attempting to perform some form of triage, but their solutions, among tech firms in particular, often exclude the overwhelming majority of their workforces.

Alphabet, Meta, Amazon, Uber, Lyft and DoorDash have all recently announced or reiterated policies for employees that would cover or offset the cost of traveling out of state to seek medical services, including abortions. While, as Vox's Emily Stewart rightly points out, no one should have to choose between a forced pregnancy or disclosing an abortion to their employer's HR department, the situation is significantly more grim for the hordes of contractors who keep these same businesses afloat and have not been afforded the same options.

What's at stake here is a massive number of workers. In many cases far more than the number of full-timers these companies have on payroll. The most recent estimate, in 2020, for content moderators on Facebook was 15,000 — a number which likely does not encompass moderators on Meta's other social platforms, and almost certainly excludes contingent workers at the company's many offices and data centers. (Its full-time staff, meanwhile, are barred from discussing abortion-related issues at work.)

Amazon has boasted about creating 158,000 sub-contracted roles for its network of delivery service providers. Once again this does not include drivers contracted through its internal Amazon Flex program, data center and office support workers or those handling maintenance at the company's over 1,100 warehouses. Alphabet was the subject of critical reporting in 2018 where it was revealed the majority of workers at the tech giant were not employees. The number of temporary workers, vendors or contractors (TVCs in the company parlance) is not publicly reported, but is estimated to be around 150,000.

For "gig" companies like Uber, Lyft and DoorDash the balance is even more skewed. Against its approximately 30,000 employees, estimates on the number of contractor drivers working for Uber range from 3.9 million to five million, with about a million of those operating in the US. The most-cited claim is that Lyft has around 1.4 million drivers across the US and Toronto — though the source of that figure is nearly five years old and is likely to be much larger now. DoorDash's 6,000 employees are dwarfed by a claimed fleet of two million couriers.

It's also highly likely (though at this time still unclear) these policies will be inapplicable to part-time employees since these travel reimbursements appear to be administered through employer-provided healthcare, which part-time workers typically do not qualify for. For this reason it's also unclear if these companies had any input into creating these reimbursement programs, or if the credit belongs to their respective health insurance providers. Meta, Amazon, Alphabet and Uber did not respond to requests for comment, while Lyft and DoorDash declined to answer specific questions and passed along existing statements to press.

A Meta spokesperson told Engadget, "We intend to offer travel expense reimbursements, to the extent permitted by law, for employees who will need them to access out-of-state health care and reproductive services. We are in the process of assessing how best to do so given the legal complexities involved."

“It’s paramount that all DoorDash employees and their dependents covered on our health plans have equitable, timely access to safe healthcare," a spokesperson told Engadget. "DoorDash will cover certain travel-related expenses for employees who face new barriers to access and need to travel out of state for abortion-related care.”

"Lyft's U.S. medical benefits plan includes coverage for elective abortion and reimbursement for travel costs if an employee must travel more than 100 miles for an in-network provider," Kristin Sverchek, Lyft President of Business Affairs, wrote in a blog post published June 24. When asked if the company is doing anything for its fleet of drivers, a spokesperson instead pointed to a section of the same blog post where Sverchek wrote that the company is "partnering with [Planned Parenthood] to pilot a Women’s Transportation Access program." No recent mentions of Lyft or the phrase "Women's Transportation Access" appear anywhere in Planned Parenthood's press releases, and the organization did not respond to a request for comment by time of publication. Lyft would not comment on who the program would cover, what access it would provide, what funding it had, where it would operate or when it is projected to launch.

The hollowness of these gestures towards abortion access have not been lost on some workers. The Alphabet Workers Union, a sub-group of the Communications Workers of America, issued a statement yesterday criticizing their namesake company for failing to extend these new policies to contingent workers. "Google announced that full-time employees would have access to relocation services following the overturning of Roe v. Wade. What this fails to address is the needs of the hundreds of thousands of Alphabet temps, vendors and contract workers, who are more likely to be living in states with restricted abortion access, more likely to be workers of color," Parul Koul, a AWU member and Google software engineer wrote.

What has been echoed widely over the past several decades of the Republican project to restrict abortion access is that new barriers — closing down clinics, enacting gestational bans and now the overturning or — will not stop abortions from being carried out, they merely make safe abortions harder to obtain. Current projections suggest the number of abortions is only likely to drop around 14 percent. It is all but certain the burden of forced pregnancy will overwhelmingly fall on those who are at an economic disadvantage: those without stable work, good pay, employer-sponsored healthcare or the time and savings to take off from work to seek an out of state abortion. In many cases, the situation described here overlaps precisely with the circumstances of contractors these new reimbursement policies implicitly exclude, and in a sense it makes these companies complicit in the two-tiered access Republicans have largely succeeded in making a reality. Tech companies cannot promise to build the future while vast numbers of their workforces are trapped in 1972.