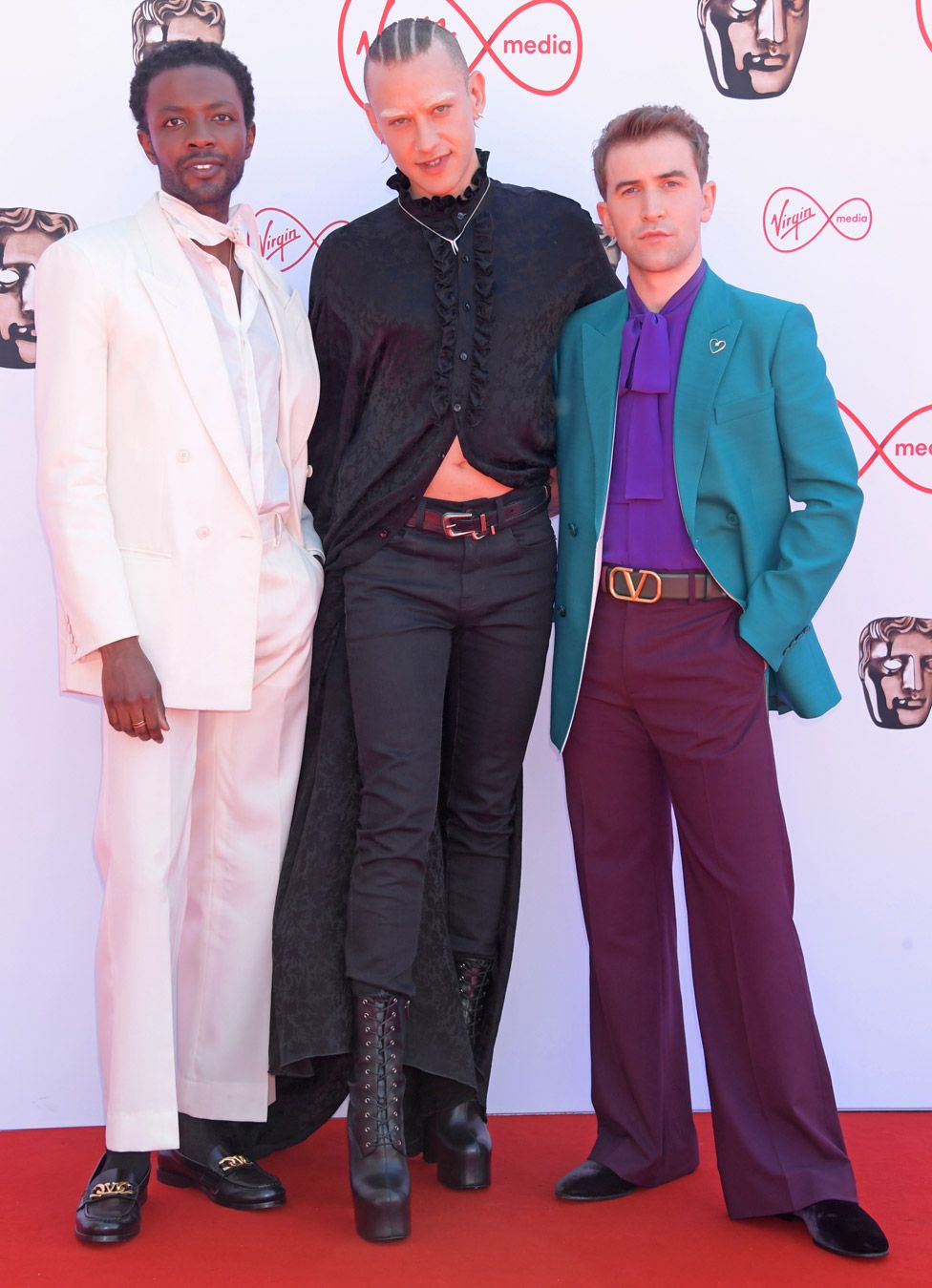 The cream of British TV talent has been honoured at this year's Bafta Television Awards in London.

The nominees and presenters walked the red carpet before the ceremony at London's Royal Festival Hall on Sunday.

A trio of the stars of 1980s Aids drama Its A Sin dressed up for the occasion. Omari Douglas (left), Olly Alexander (centre) and Callum Scott Howells were all nominated for acting awards.

Russell T Davies (right) wrote It's A Sin but is now turning his attention to taking over Doctor Who - and accompanied the sci-fi show's new star Ncuti Gatwa on the red carpet hours after his casting was announced.

Jodie Comer won the best actress award for playing a care home worker during the Covid pandemic in Help. She also recently bowed out as one of the stars of Killing Eve.

Olivia Colman's fantastical true crime drama Landscapers, which was written by her husband Ed Sinclair, was nominated for best mini-series.

Eleanor Tomlinson, who will soon be seen in the second series of comedy-drama The Outlaws, was among those presenting awards.

Nicola Coughlan, who made her name in Channel 4's Derry Girls and Netflix's Bridgerton, was also among the presenters.

Gold medal-winning diver Tom Daley, a keen knitter, decided against woollen attire for the ceremony, where the BBC's coverage of the Tokyo 2020 Olympics was up for the sport award.

Janette Manrara was among the stars representing Strictly Come Dancing, which won the viewer-voted must-see moment award and was nominated for best entertainment programme.

Alison Hammond was nominated for best entertainment performance as a judge on BBC One singing show I Can See Your Voice.

Lorraine Kelly presented the best news coverage award, sending a "special hello" to Prime Minister Boris Johnson after he appeared not to know who she was in a recent interview.