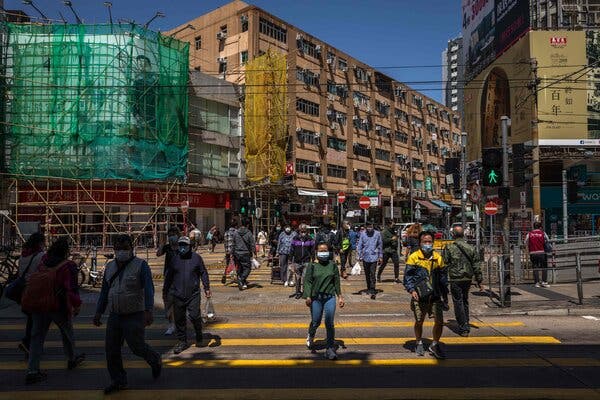 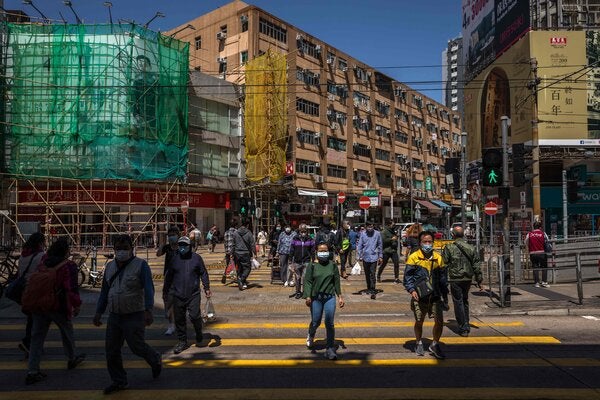 The World Health Organization, often criticized for being too slow to declare in 2020 that a pandemic was underway, now says — two years to the day after making that declaration — that many countries are being too quick to declare it over and let down their guard.

By the time Dr. Tedros Adhanom Ghebreyesus, the agency’s director general, officially declared the spread of the coronavirus to be a pandemic in the early evening of March 11, 2020, the virus was already known to have infected more than 120,000 people in 114 countries, killing about 4,300.

Then as now, the agency, an arm of the United Nations, tended to move cautiously and methodically. It was only after weeks of near-daily media briefings, in which he called on the organization’s nearly 200 member countries to contain the virus through testing, contact tracing and isolation of those who might be infected, that Dr. Tedros made the change to calling the crisis a pandemic. He did it, he said then, to attract attention, because many countries were not taking seriously the group’s earlier declaration of a public health emergency.

“My first comment that day was, it was about time,” Dr. Georges Benjamin, the executive director of the American Public Health Association, recalled in an interview this week. “We had been in a pandemic for a while, and not necessarily behaving that way. We needed that message to jump-start it, from a global perspective.”

That night, Broadway closed its curtains on 2020, and the N.B.A. suspended its season after a player tested positive. Stock markets plunged. Schools and universities, businesses and offices shut their doors. And the actor Tom Hanks announced that he and his wife, Rita Wilson, had been infected with the virus. President Donald J. Trump shut U.S. borders to most travelers from continental Europe. The known toll in the United States that day stood at 1,263 cases and 37 deaths; soon the nation would be the global epicenter of the pandemic.

Two years later, American states and many countries are rushing to drop public health precautions, reduce testing and lift restrictions, citing the swift decline of the Omicron surge — and the W.H.O. is saying: Not so fast.

In several forums this week, the agency urged continued vigilance, especially about inequities. In a stark update on the threat the virus continues to pose, the W.H.O.’s regional arm for the Americas said that the Western Hemisphere, with less than 13 percent of the world’s population, had reported 63 percent of all new known coronavirus cases in the first two months of 2022.

“This virus has fooled us every time,” Dr. Benjamin said. “That’s why they’re appropriately cautious.”

The agency has been trying for months to keep its wealthier member nations from racing far ahead of the rest. In August, the W.H.O. sought a moratorium on booster shots to free up vaccine doses for the billions of people still unvaccinated in poorer countries, with exceptions only for immunocompromised people. Not until Tuesday did the agency give a broader endorsement of booster shots. 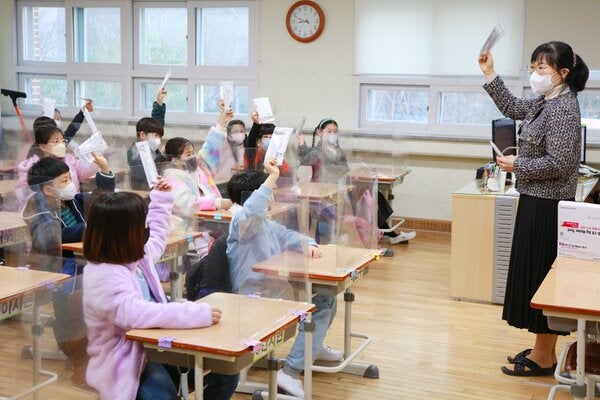 A teacher checked whether all of her students had received coronavirus self-test kits at an elementary school in South Korea this month. Credit... Yonhap/EPA, via Shutterstock

That was followed on Wednesday by a new recommendation to greatly expand supplies of self-testing kits in poor countries, where professional testing can be burdensomely expensive.

“This inhibits our ability to see where the Covid-19 virus is, how it’s spreading and evolving,” Dr. Tedros said of the scarcity of testing in poor countries.

But it could be months before the test initiative makes much headway, if the struggles of Covax, the global coronavirus vaccine distribution program, are any guide. Only 14 percent of people in the low-income nations that Covax is meant to help most have received a dose, according to the Our World in Data project at the University of Oxford.

With more than 10 million new coronavirus cases reported last week — almost surely an undercount, because testing rates have declined significantly — the W.H.O.’s biggest challenge now is the same as it was two years ago: getting the member countries that finance its work to heed its warnings.

“The pandemic is far from over,” Dr. Tedros said on Wednesday, “and it will not be over anywhere until it’s over everywhere.” 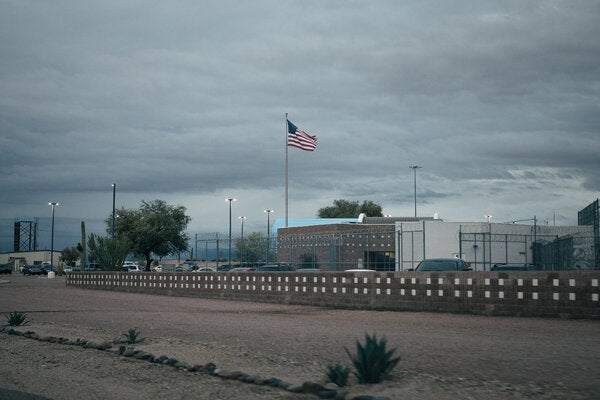 A federal correction institution in Tucson, Ariz. Data shows that Covid has killed prisoners at higher rates than the general population. Credit... Alyssa Schukar for The New York Times

The number of requests for compassionate release filed by federal prisoners skyrocketed during the pandemic, according to a report by the U.S. Sentencing Commission released on Thursday, with risks associated with contracting Covid-19 a critical factor.

The study analyzed how compassionate release was influenced by the pandemic and the criminal justice legislation signed into law in 2018.

Compassionate release allows inmates to be considered for early release from incarceration if they meet certain criteria that constitute “extraordinary and compelling reasons,” such as terminal illness or age. In the decades after compassionate release was introduced in the 1980s, it was used only sparingly.

One reason for the swell of requests stems from the First Step Act, a bipartisan bill signed by President Donald J. Trump in December 2018 that, among other things, allows inmates to file motions directly in federal court after exhausting certain administrative requirements. Previously, only the director of the bureau of prisons could file compassionate release motions on behalf of prisoners.

But it was the pandemic that precipitated the high volume of requests. The study found that between March 2020, when the World Health Organization declared a pandemic, and April 2020, the number of inmates for whom courts decided a compassionate release motion jumped nearly 900 percent. The number of requests continued to rise until reaching a peak in July 2020, with 403 out of 1,530 requests granted.

Overall, the study, which covered the fiscal year starting Oct. 1, 2019, and ending on Sept. 30, 2020, found that the risk of contracting Covid was listed as at least one reason in 71.5 percent of cases granted relief and as the only reason in 59.6 percent of requests granted, with courts pointing to an inmate’s heightened risk of contracting or experiencing serious illness from Covid.

While the pandemic raged around the country in the spring of 2020, its destructive power was particularly severe among the incarcerated. Data shows that inmates were infected at rates several times higher than those of their surrounding communities, and that Covid killed prisoners at higher rates than the general population.

Yet Covid also played a role in the number of people refused compassionate release. According to the study, in 62 percent of the 5,209 requests denied during the fiscal year 2020, at least one of the reasons cited by the courts was an inmate’s failure to demonstrate a sufficient risk of contracting Covid. 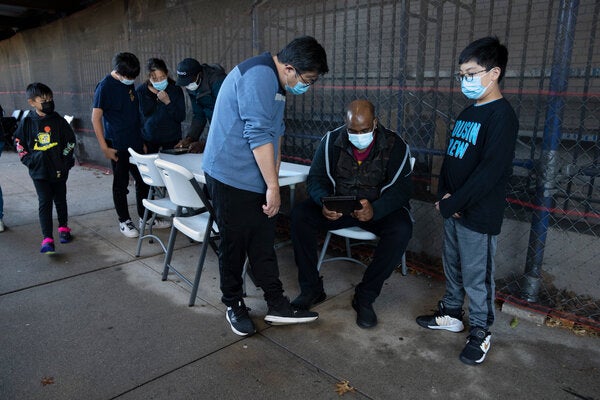 For American parents, particularly those with young children, the last couple of months have been dizzying and beyond frustrating.

In early February, federal regulators announced that they would evaluate Pfizer-BioNTech’s coronavirus vaccine for the youngest children — only to scrap that plan 10 days later, citing doubts about the vaccine’s effectiveness in that age group.

Soon after, scientists reported that pediatric doses of the vaccine were only weakly protective against infection by the Omicron variant among children aged 5 to 11, and that they appeared to offer little defense against moderate Covid illness among adolescents aged 12 to 17.

Through it all, experts have continued to endorse vaccines, noting that while the Omicron variant may be able to penetrate immune defenses and infect people, the vaccines still prevent severe illness and death — and may do so for years.

The Centers for Disease Control and Prevention found that record numbers of children under 5 had been hospitalized during the Omicron surge, underscoring the need for vaccines for those children. But the agency has since said that 90 percent of Americans can safely stop wearing masks in public indoor spaces, even in schools with young children.

Yet the next few weeks are expected to bring some clarity. Both Pfizer and Moderna plan to report results from trials of their vaccines in young children. The results, if positive, are expected to lead to a new round of regulatory review, perhaps as early as April, that may well allow vaccinations for tens of millions of youngsters.

But those findings will arrive when the Omicron variant is fading in the United States, complicating parental decisions about whether to vaccinate children.