Opinion: We can't afford to let Build Back Better fail

Mark Wolfe is an energy economist and serves as the executive director of the National Energy Assistance Directors' Association (NEADA), representing the state directors of the Low Income Home Energy Assistance Program. He specializes in energy and housing affordability and related finance issues. The opinions expressed in this commentary are his own.

The Build Back Better bill, the large social safety net and environmental spending bill being considered by Congress, is a once-in-a-generation opportunity to address the nation's growing wealth gap. It would raise taxes on the wealthy and large corporations and then would use those funds to strengthen low- and middle-income families. But the future of the bill, already passed by the House, now hangs in the balance since Senator Joe Manchin announced he would not support it in its current form.

We can't afford to let the bill die. The concentration of wealth among the nation's richest families has grown steadily out of control for years without any government intervention to slow it down. For example, during the most recent 30-year period, the share of the nation's wealth held by the richest 1% of the nation's families increased from 26% to 33%. In other words, the top 1% holds one out of every three dollars of the nation's wealth.

During the same 30-year period, the share of the nation's wealth held by the bottom half of the population declined from just 4% to 2%. And a recent report by the Organization for Economic Cooperation and Development (OECD) found that among developed countries, household net wealth was the most unevenly distributed in the United States.

The Build Back Better bill's tax provisions would be a first step in addressing the rising concentration of wealth in the US by adding an 8% surcharge on those earning more than $25 million annually and a 5% surcharge on those earning between $10 million and $25 million annually. The surcharge would apply to all income sources, including capital gains and dividends, thereby capturing a source of income that disproportionally benefits the wealthy. The bill would also no longer allow some taxpayers to avoid the 3.8% Medicare surcharge on earned and investment income.

The bill also has provisions to require corporations to pay their fair share of the nation's tax bill. According to the Institute on Taxation and Economic Policy, 55 of the nation's largest and most profitable corporations paid no federal tax at all in 2020. Build Back Better would require corporations with profits exceeding $1 billion annually to pay federal income taxes equal to at least 15% of the profits they report to shareholders. The bill would also add a 1% tax on stock buybacks.

The taxes raised on wealthy families and large corporations would then be used to directly strengthen and support low- and moderate-income families. It would extend for one year the increases to the child tax credit that were included as part of the American Rescue Plan (those increases expired at the end of the year). 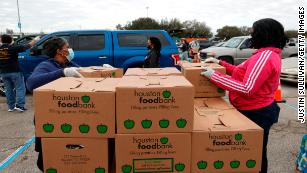 According to the Census Bureau, families receiving the child tax credit are using it to pay for basic necessities including food, clothing, child care and school expenses. Families are also using the funds to pay down debt and save for future expenses. And for the poorest families, the credit is nothing short of transformational. The enhanced payments would reduce child poverty by an estimated 40%.

Other investments proposed in the bill would support low-income working families, including providing free preschool for all 3- and 4-year-olds and four weeks of paid family and medical leave. The bill would also expand affordable health care and lower prescription drugs costs. For example, it would place a monthly cap of $35 on the amount that those with diabetes would have to pay for insulin.

Senator Manchin has said that the temporary measures included in the bill, such as the enhanced child tax credit, hide the true cost of the program since those measures will likely be extended year after year and additional funding will then be needed to pay for them.

And Senator Manchin is probably right. The child tax credit and other programs will become increasingly popular and the public will want them to become permanent precisely because they are helping families recover from the pandemic's setbacks and build a better future for their children. But the taxes included in the bill could also be expanded to help make these programs permanent. And that would be a very good thing for our country.