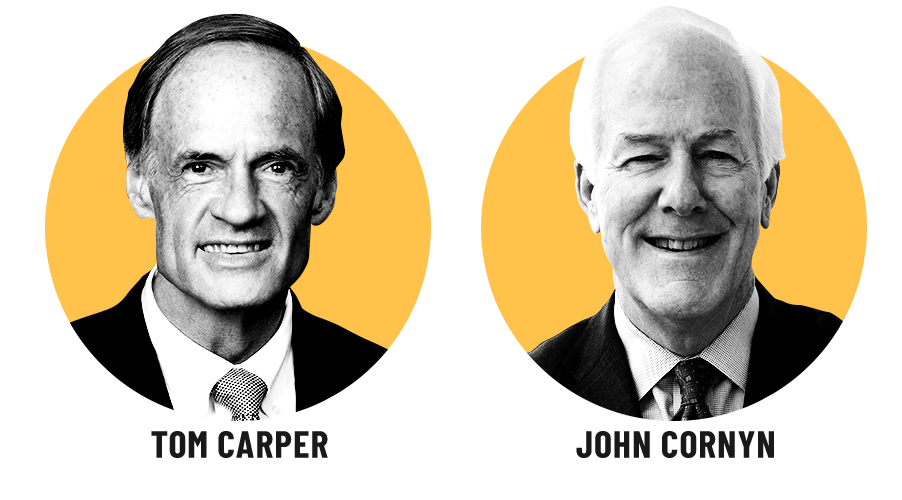 Opinion: Revoking trade with Russia will deliver a powerful blow to its economy

Senator Tom Carper (D-Del.) is the chairman on the Finance Subcommittee on Trade, as well as the chairman of the Environment and Public Works Committee and a senior member of the Homeland Security and Governmental Affairs Committee. Senator John Cornyn (R-Texas) is the ranking member on the Finance Subcommittee on Trade. In addition to the Senate Finance Committee, he also serves on the Intelligence and Judiciary Committees. The opinions expressed in this commentary are their own.

It's been more than a month since Russia invaded Ukraine — with atrocities and tragedies playing out day after day across social media and televisions around the world.

The US, our European allies and our global partners are completely aligned in our unwavering support for Ukraine and its courageous people. Thus far, the United States has equipped Poland with missile defense systems to ward off Russian forces and has agreed to provide Ukraine with anti-armor systems, drones, weapons and other military resources to bolster its fight against Russia. But our actions cannot end there. We also need to impose punishing costs on Russia.

It's true that we have made progress on this front, ramping up our efforts to break Russian President Vladimir Putin's economic standing and send a strong message that we will not tolerate the unjustifiable invasion of Ukraine. We have cut off Russian banks from the global financial system, sanctioned Putin's inner circle of oligarch cronies, and targeted the country's lucrative energy sector. The United States even banned the import of Russian items such as vodka, diamonds and seafood. These deliberate moves demonstrate that as long as Putin continues his merciless war of choice, we will make him pay for his senseless attack on a free, independent nation.

But, as leaders of the Senate Finance Subcommittee on Trade, we know that we need to do more if we want to really hit the Kremlin where it hurts. We've built our international trading system to expand access to global markets and lower tariff barriers for our trading partners. But nations should only reap those benefits if they follow the rules. Putin has clearly broken the rules and should no longer have access to that system.

That's why it's so important that Congress came together last week and passed a bill to revoke Russia's preferential trade status — a move that will inflict a powerful blow to Russia's economy. And just a few days later, President Biden signed this critical legislation into law.

When nations have preferential trade status, it allows them to trade openly by expanding market access and reducing tariffs. Cutting Russia off from this status will make it difficult for the Kremlin to continue trading necessary goods and commodities with the rest of the free world. It will increase tariffs on Russian manufactured goods and energy products, and it won't just be a minor increase. Experts say this measure will raise US tariffs on Russian products, on average, from about 4% to about 30%.

By taking this step in coordination with our G7 and European allies, we are moving in lockstep with more than half of the global economy to ensure Russia will begin to feel even greater economic consequences.

Rescinding normal trade relations with Russia will send a powerful message to Putin that he cannot act without consequence. We need to show Putin and the world that those who commit atrocities and violate the international order do not get to reap the benefits of the global trading system. This action will show Putin and other autocrats across the globe that the United States and our allies punish leaders who don't play by the rules.

Now that this bill is law, we, along with our allies, know this move will hit Putin where it will hurt him the most: his wallet. And for the crimes he has committed and continues to commit against the Ukrainian people, we should impose sanctions until his bank account runs empty.