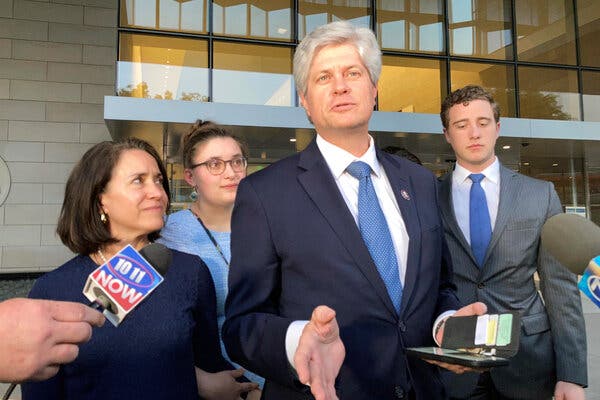 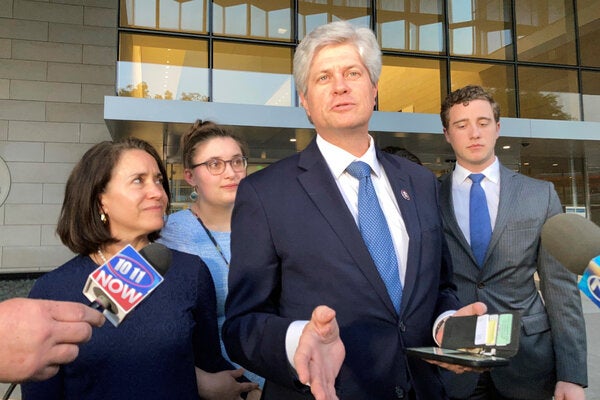 LOS ANGELES — A Nebraska congressman who was convicted Thursday on charges that he lied to federal authorities about having received an illegal campaign contribution from a foreign citizen is facing calls to resign.

Representative Jeff Fortenberry, a Republican, was convicted in federal court in Los Angeles on three felony counts, including one count of falsifying and concealing material facts and two counts of making false statements. Each carries a maximum sentence of five years in prison, according to the Justice Department. A sentencing hearing was set for June 28, and Mr. Fortenberry has vowed to appeal the decision.