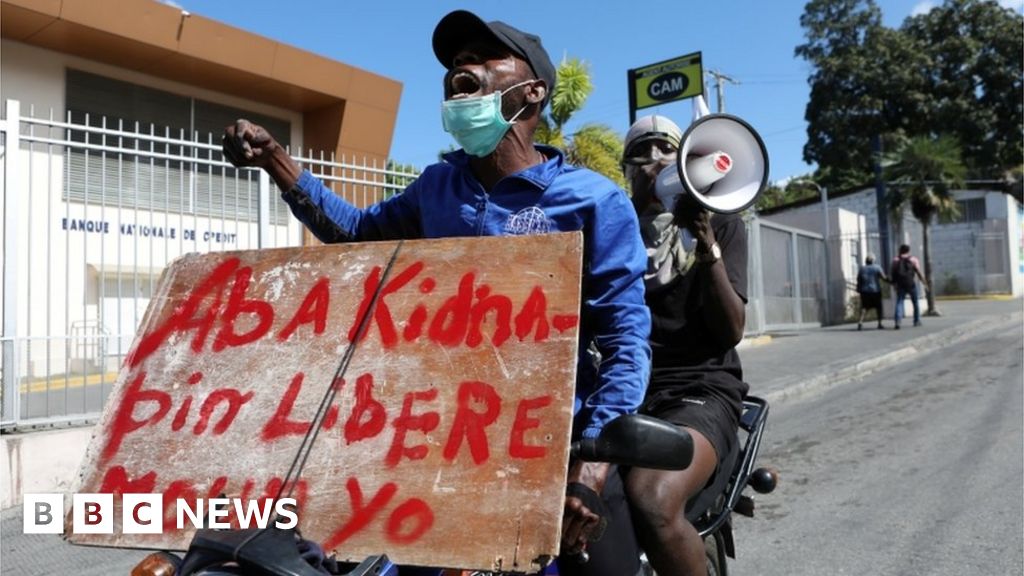 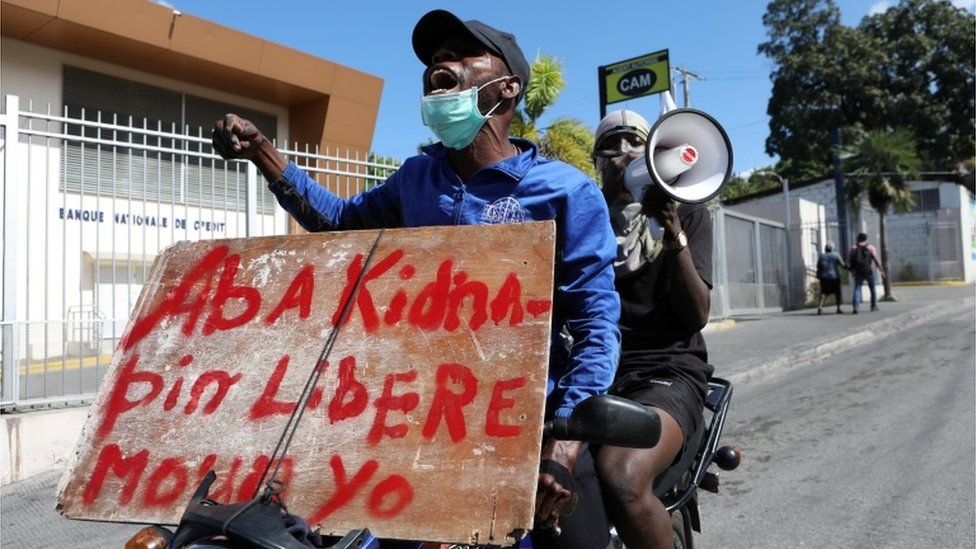 Haitians protested against the widespread kidnappings in November. This man's sign reads: "Down with kidnappings. Free the people"

The remaining 12 missionaries of a group of 17 who were kidnapped by an armed gang in Haiti in October have been released.

Christian Aid Ministries confirmed the news on its website.

Five of the hostages had already been released in recent weeks.

The group - consisting of 16 Americans and one Canadian, including children, were abducted after they visited an orphanage in an area run by a powerful criminal gang.

They were returning from the visit when the bus they were travelling in was seized by gang members on a main road in the town of Ganthier, east of the capital Port-au-Prince.

The group, which comprised of missionaries and their families, included five men, seven women and five children. The adults are aged from 18 to 48 years old, while the children are all under 15 years old.

When the group was first abducted on 16 October, The Washington Post reported that one of them had posted a WhatsApp message calling for help.

"Please pray for us!! We are being held hostage, they kidnapped our driver. Pray pray pray. We don't know where they're taking us," it said.

Two people were freed in November, and another three in early December, but their identities were not revealed.

All members of the group were finally freed two months after being kidnapped. Their release followed weeks of negotiations with 400 Mazowo, police spokesman Gary Desrosiers told AFP news agency, ending an ordeal that brought global attention to Haiti's growing problem of gang abductions.

Whether a ransom was paid is unknown, and it is unclear what happened to the group's Haitian driver.

Kidnapping is one of the main activities that the 400 Mazowo criminal gang uses to finance itself.

In April, its members abducted a group of Catholic clergy who were later released, and it is unclear if a ransom was paid.

Haiti has one of the highest rates of kidnapping in the world, as powerful gangs exploit the lawless situation to profit from ransom payments.