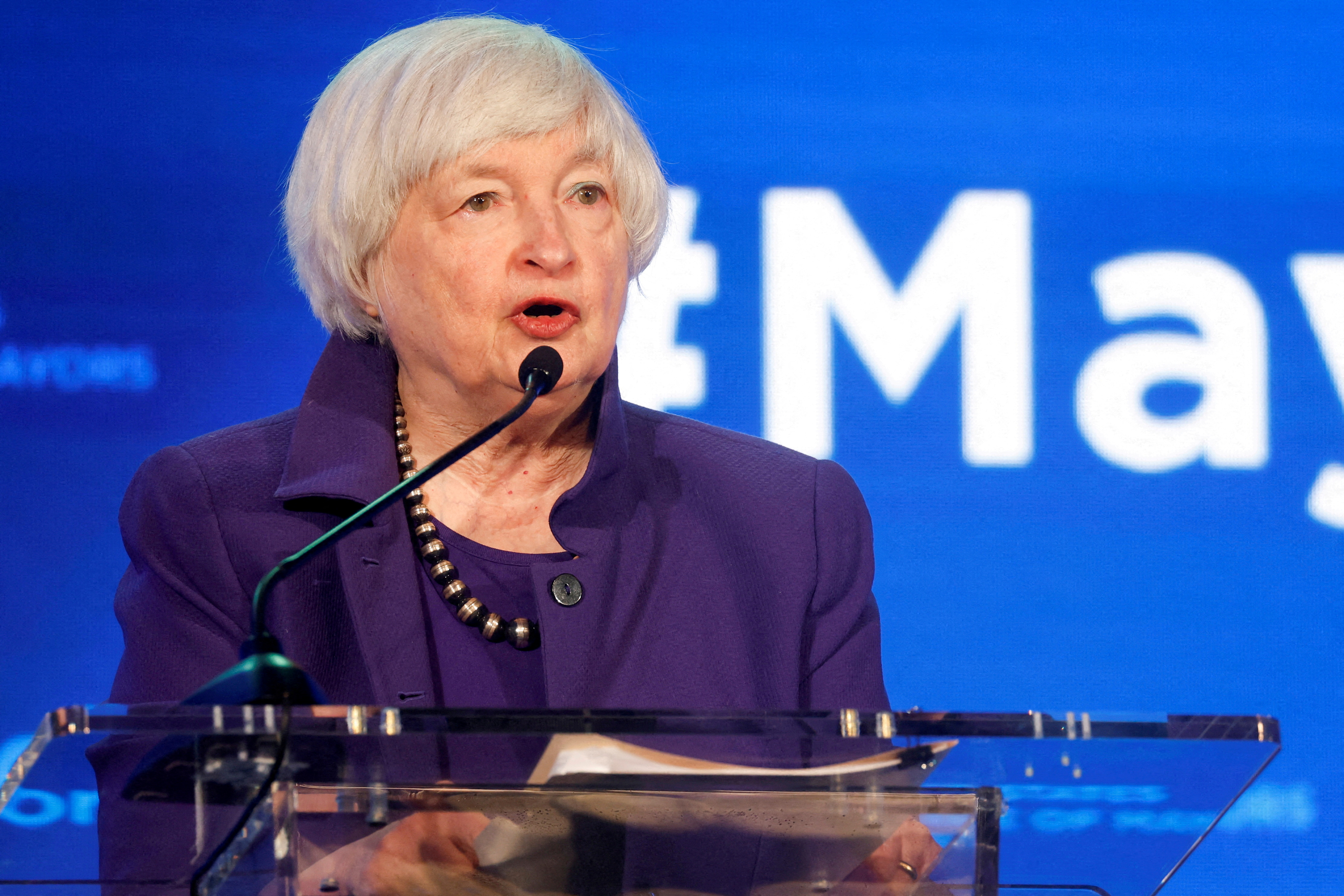 BERLIN/WASHINGTON, March 1 (Reuters) - The Group of Seven major economies will convene a task force to focus on freezing and seizing assets of key Russian elites as it aims to put further pressure on Russia after its invasion of Ukraine, U.S. Treasury Secretary Janet Yellen said on Tuesday.

The move "will inflict financial pain on the powerful individuals surrounding (Russian President Vladimir) Putin and make clear that no one is beyond our collective reach," Yellen said in a statement after a virtual G7 meeting of finance chiefs.

The G7 will also continue to endorse removing key Russian financial institutions from the SWIFT banking system, she said, adding that the group expects that sanctions imposed so far will "hamstring the Russian government's ability to fund its invasion."

Russia calls its actions in Ukraine a "special operation."

The sanctions have had an immediate impact on Russia's economy, with queues forming outside banks as Russians rush to salvage their savings. Oil company Royal Dutch Shell Plc on Tuesday became the latest big Western firm to pull out of the country. read more

The measures limit Moscow's use of a $640 billion war chest to defend its currency but it remains to be seen whether Russia can find other channels for trade and financing of its economy.

Notably, Chinese businesses and banks are looking for ways to limit the impact of sanctions on their relations with Russia, with settlement of transactions in yuan seen rising at the expense of the dollar. read more

Earlier on Tuesday, Germany's finance minister, Christian Lindner, said the G7 expected an agreement in the coming days on possible further sanctions, though he gave no details about what moves were under discussion.

"We want to isolate Russia politically, financially and economically," Lindner told reporters after the virtual meeting chaired by Germany.

"We had an exchange on the implementation of the current sanctions and we also exchanged proposals on what additional measures could be taken," he said, adding: "And in the coming days there will be an agreement on this."

Lindner said the impact of measures curbing the activities of the Russian central bank and excluding Russian banks from the SWIFT inter-bank messaging system had already exceeded expectations. read more

"The rouble is in free-fall," he said as the Russian currency weakened to around 112 to the dollar in trade on Tuesday. read more

Meanwhile, France's Bruno Le Maire declared an "all-out economic and financial war" against Russia to bring down its economy before rowing back on language he later said was inappropriate. read more