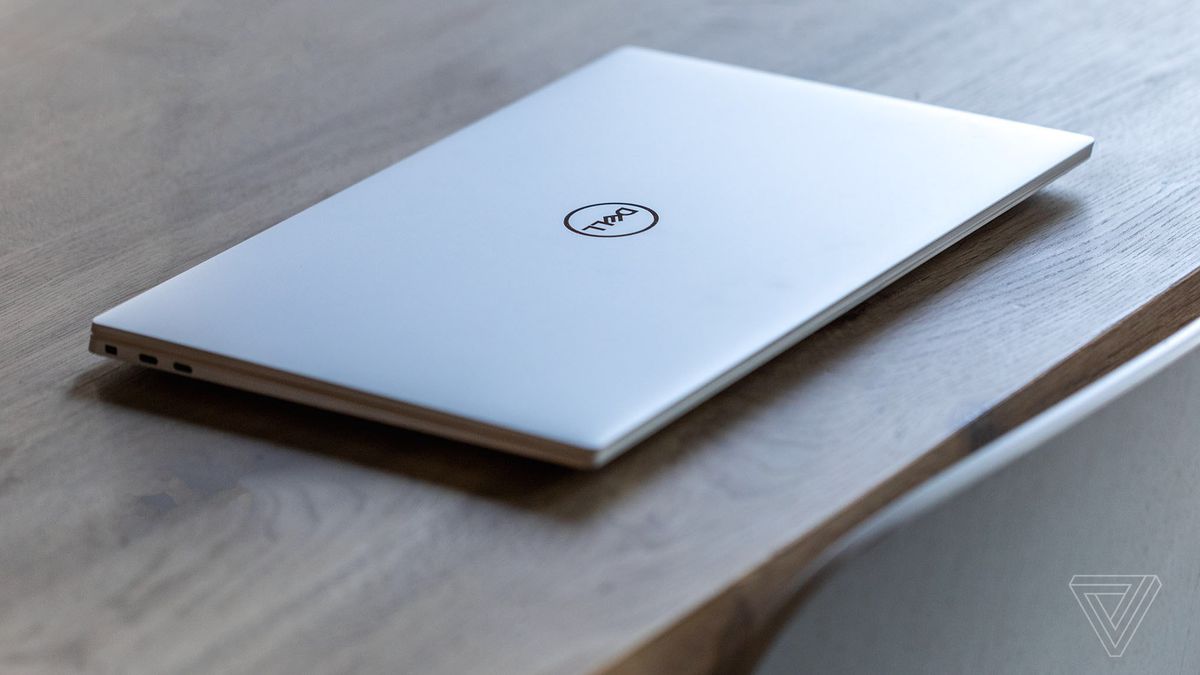 The The XPS 15 is still loud, still hot, and still good.

It is not as powerful, and it is not as efficient as the 16-inch MacBook Pro. But when it comes to the combination of power, build quality, and portability, the Dell XPS 15 is the closest Windows-running contender that I’ve been able to find. It’s exceptionally thin and light for its size. Its keyboard and touchpad are best-in-class. Its OLED screen is a dream to view.

If you’re shopping for a Windows machine that can last all day, you’re better off looking elsewhere. But if you’re looking for a large-screen laptop that’s compact, beautiful, and more affordable than the most powerful machines on the market, the XPS 15 is a no-brainer.

The important thing to note if you’re considering this laptop is that it doesn’t come with anywhere near the most powerful specs you can find in a 15-incher. The unit I was sent, currently listed for $1,999.99 on Dell’s site, comes with a Core i7-11800H, 512GB of storage, 16GB of RAM, and an Nvidia RTX 3050 Ti GPU. (For comparison’s sake, a 16-inch MacBook Pro with comparable RAM and storage costs $2,499.) There’s a Core i9 option, but I’m nervous about it — you’ll see why shortly.

But it’s still pretty clear to me, after testing this device, that these are basically the most powerful components Dell has been able to figure out how to put in this 4.3-pound chassis. They are, of course, powerful enough to run whatever productivity tasks you might throw at them. But the fan was having a hard time handling them. I wish Dell could figure out its cooling situation already because a better chip and GPU in this thing could make it truly exceptional.

Generally, when I review a laptop, even a fairly thin one, I might see an occasional spike above 90 degrees (Celsius) while running heavy loads. Larger laptops with very competent cooling (such as Asus’ ROG Zephyrus G15) are very capable of keeping their CPUs below the 80s. Recent MacBooks basically don’t turn on their fans ever.

But this XPS 15 unit was really… something. Throughout my various testing, the CPU was consistently around 99-100 degrees. This wasn’t a matter of brief spikes in temp — it was very worryingly hot. That seems likely to have impacted its performance. I saw a decrease in Cinebench R23 scores between the 10-minute loop and 30-minute loop of the test, meaning that the XPS was kicking the chip’s performance down as it heated up. Across the board, the unit’s scores were fine but a big step down from the top of the market, as you’ll see in the chart below.

The fans weren’t holding back, either. They were roaring the entire time throughout most of my tests. The XPS could be heard from across the room for the duration of our 4K video export test (which it completed in 3:57 — a respectable but not amazing time). 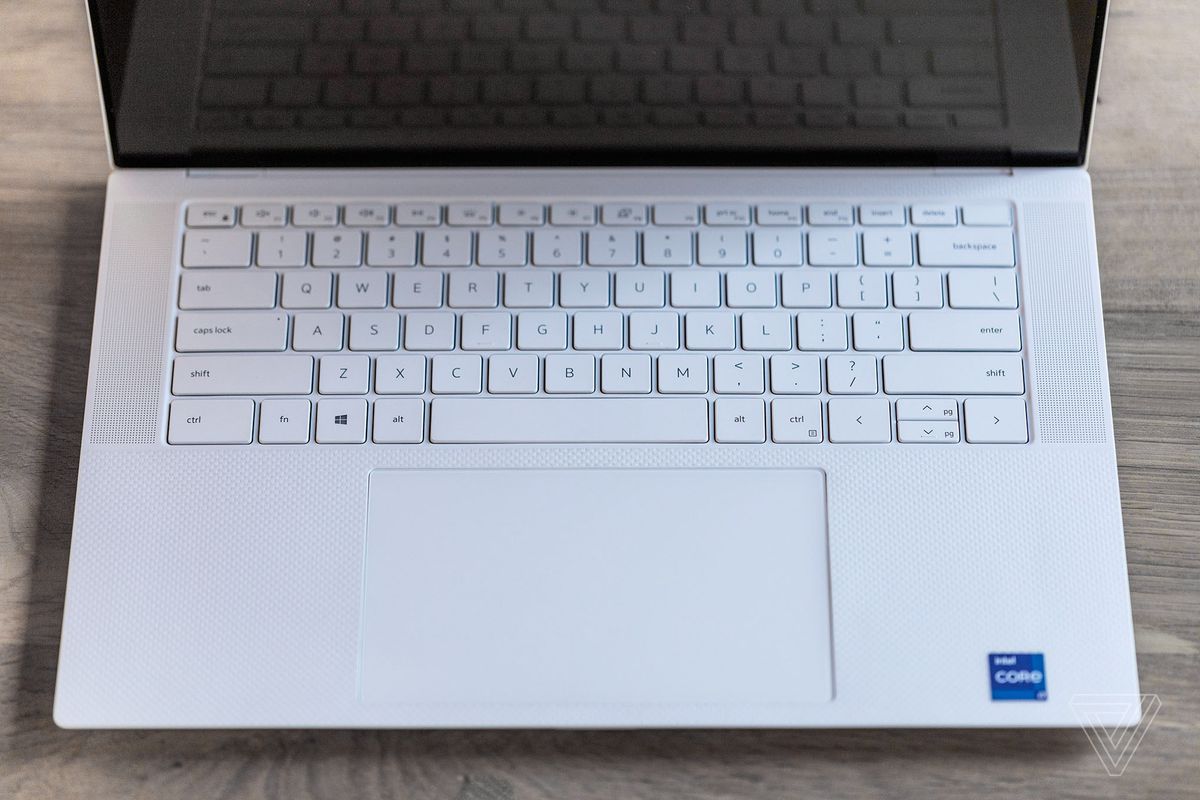 This keyboard will seriously never get old to me.

Outside of benchmark testing, while running my comparably lighter load of Chrome tabs, apps, and streaming with occasional Zoom calls overtop, I wasn’t necessarily hearing the fans all the time. But I did hear them occasionally, and more concerningly, I did feel quite a bit of heat. The keyboard keys were never too hot to use while I was working, but they did occasionally come close, and the bottom of the chassis was often on the warm side on my lap. Neither of these factors means you shouldn’t buy the laptop — it just seems like this chassis is really at the limits of what it can cool.

And, of course, even these mid-range chips come with a fairly substantial downside: battery life. Even with the GPU disabled, this XPS is getting a fraction of the lifespan that a MacBook Pro can get. (I’m sure the high-resolution screen isn’t helping.) I was only averaging three hours and 46 minutes of continuous work with the screen at medium brightness, with occasional downloads running, files copying, and other such tasks.

This battery lifespan is not necessarily a deal-breaker for this kind of laptop, as I’m sure people will point out in the comments. Dell did not make particularly lofty battery claims, and the XPS 15’s 86 Whr battery isn’t massive. Still, a $1,999 device dying that quickly is a tough pill to swallow, especially considering that portability (i.e., the ability to, you know, take the thing away from your desk) is supposed to be one of its major selling points. It appears to be yet another place where the XPS’s svelte dimensions are putting a hard ceiling on its performance. 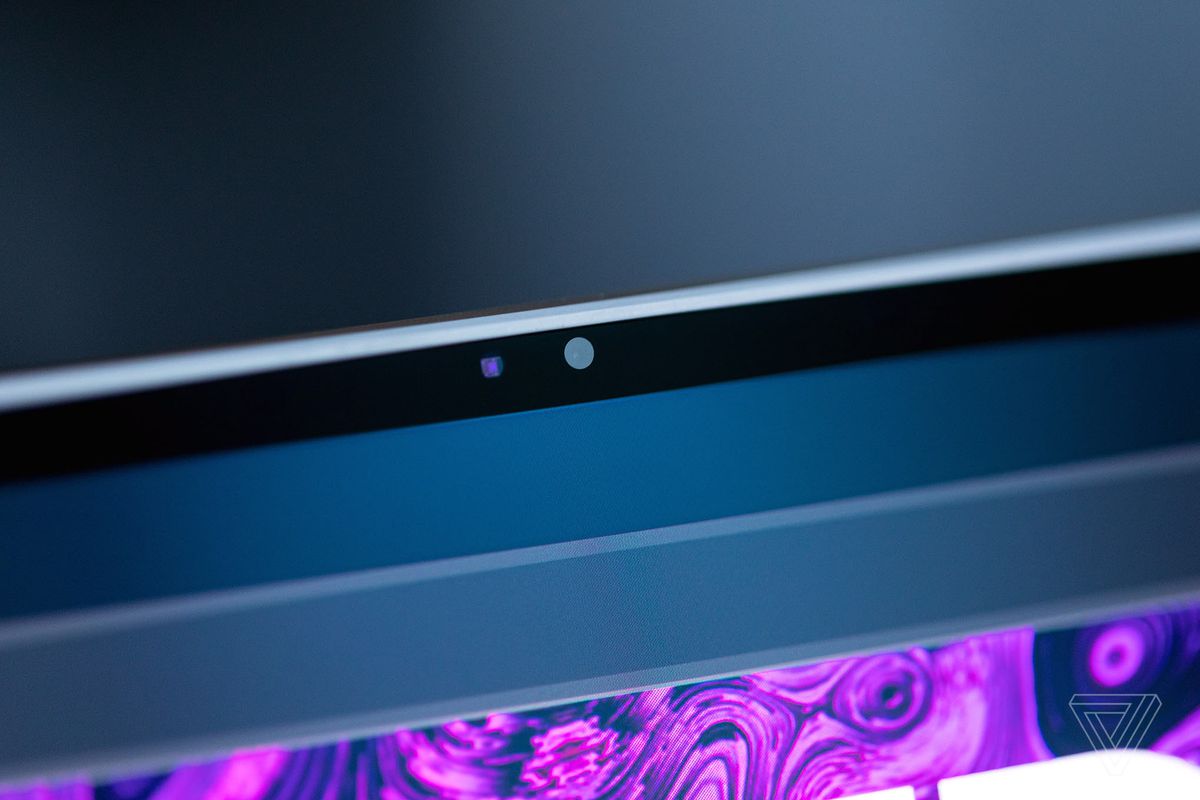 Dell, in its own materials, describes this webcam as “miniscule”.

The good news is that those are basically my only gripes about this laptop. If you’re aware that you’re making those tradeoffs, the rest of it is very, very good.

Software-wise, it’s solid. It comes equipped with Dell’s interesting Mobile Connect feature, which allows you to integrate your device with a smartphone and easily transfer files, mirror screens, etc., between them. The fingerprint reader and Windows Hello camera both work well for sign-in. And there was no McAfee or other nonsense pre-installed on my unit. 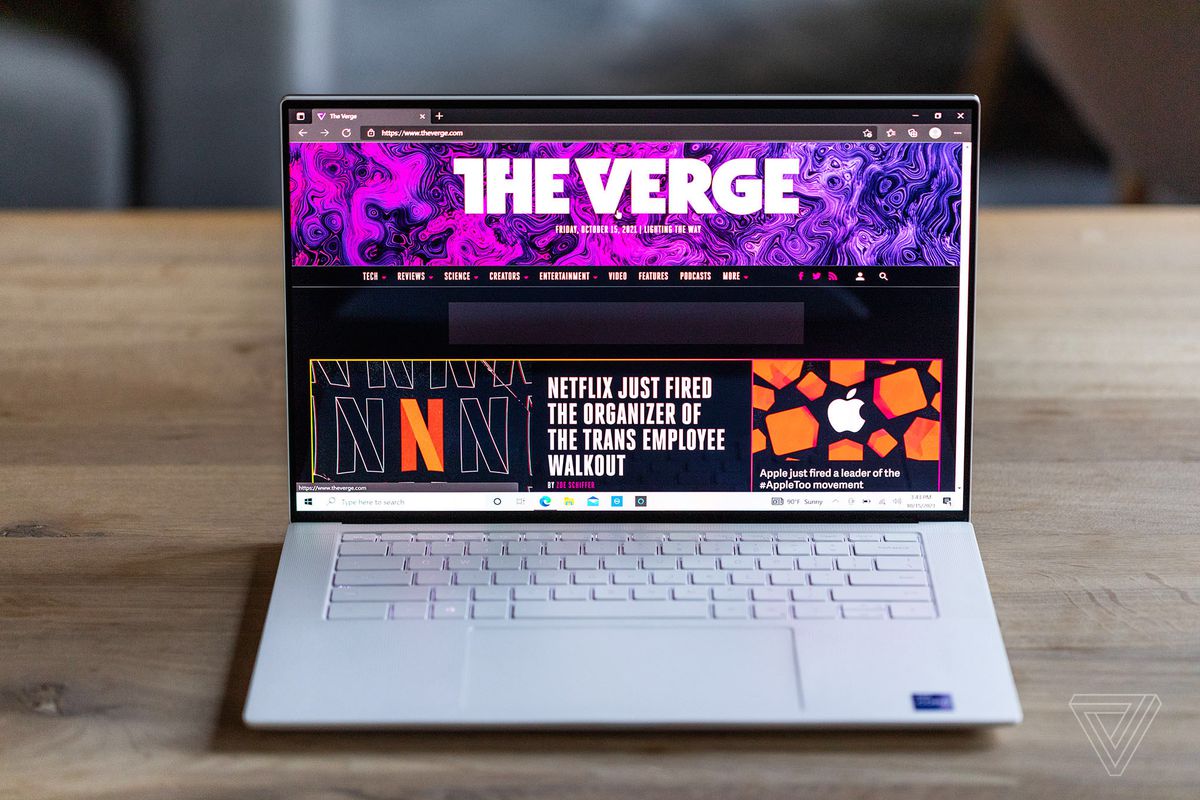 Mobile Connect works with iOS as well as Android.

Hardware-wise, not much has changed since the XPS 15’s last significant redesign a few years ago, which you can read more about in our review. The build is gorgeous, sturdy, and as premium as they come. The 16:10 screen is a stunner — and it comes with an OLED option, a bigger plus for those who want exceptional contrast. The 2.25mm infrared HD webcam is still tiny, not great, and not completely terrible. (Though other laptops are starting to come out with surprisingly solid webcams, so hopefully, Dell steps that up for the next model.) 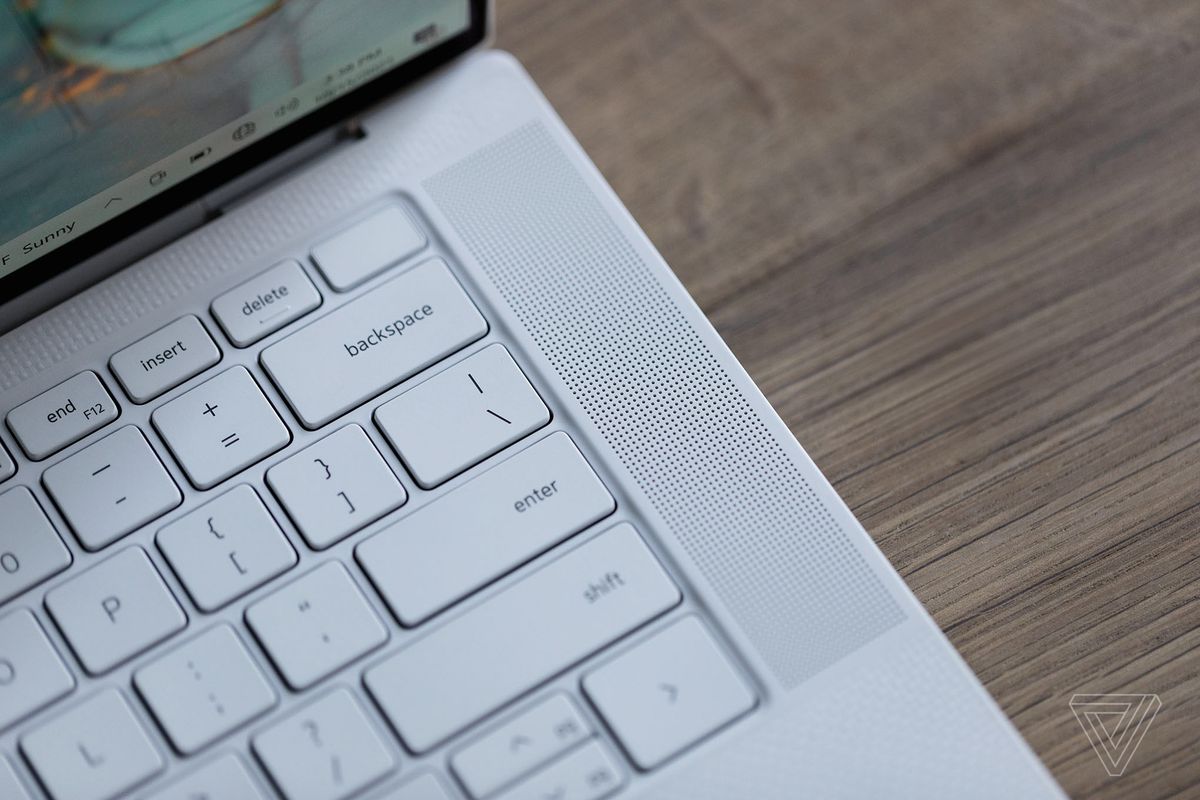 There are two upward-firing speakers and two tweeters in the base, powered by Waves Nx 3D audio.

The port selection of two Thunderbolt 4 USB-C slots, one USB 3.2 Type-C, a headphone jack, an SD reader, and a lock slot, while limited, should work for most people, and Dell provides USB-A and HDMI adapters in the box. The speakers are good, the microphones are good. Despite its power limitations, the XPS 15 is one of the few laptops I always end up using after hours because I can’t bear to go back to my personal one. It’s a masterpiece. 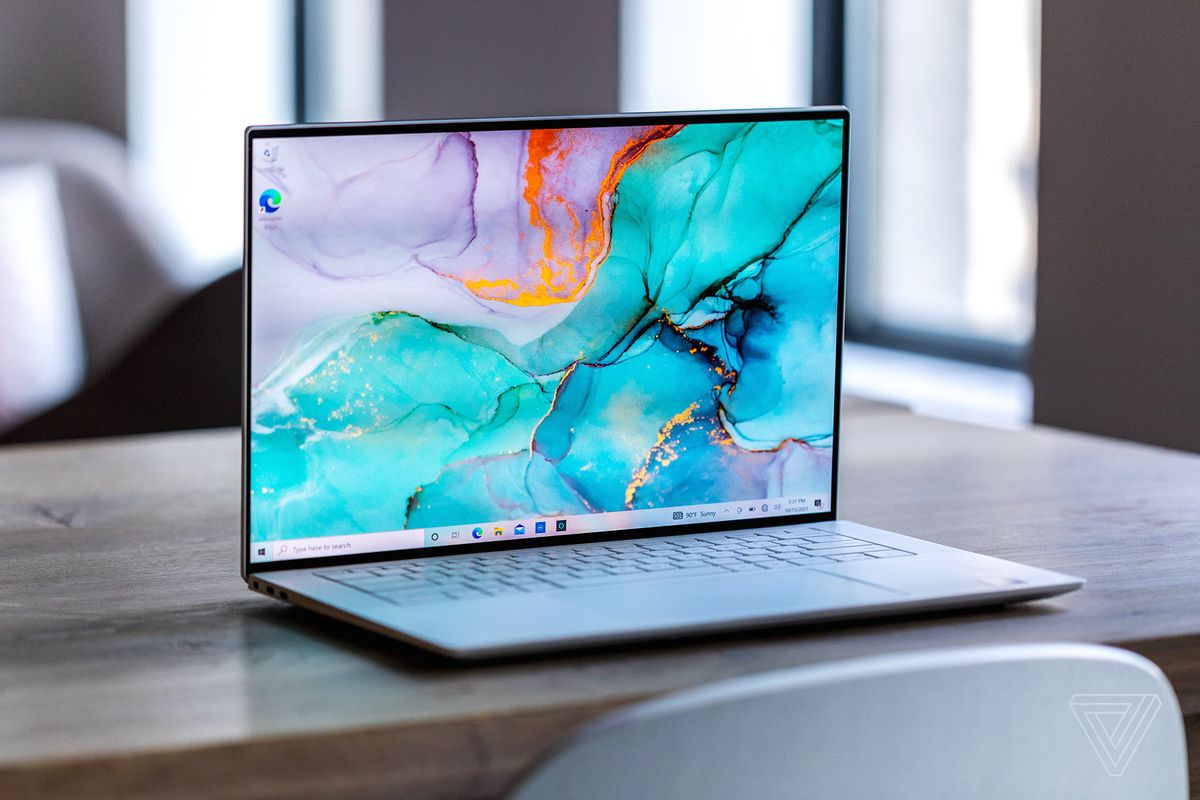 That’s That’s why the battery life is so unfortunate. The reality is that people who are buying an XPS 15 know what they’re getting — for years, it’s been a hot, loud, and not-super-long-lasting machine that’s exceptional in every other way. But other companies are rapidly making advances at this size and price range, and even as the XPS’s chassis and screen continue to top the market, that battery life is leaving more of a sour taste in my mouth each year.

Its saving grace is that there are not currently a ton of 15-inch laptops with this form factor and price point that will offer you better performance and better battery life. The MacBook Pro 16 does, but it’s a step up in price (and doesn’t run Windows, of course). There are other 15-inchers in the productivity space, but the XPS’s premium build quality is pretty hard to rival. You could go for a well-built gaming laptop like Asus’ ROG Zephyrus G15, but that won’t be suitable to many people seeking a device that looks and feels like an XPS.

The XPS 15 is still fairly unique in what it offers, and that means it’s still going to be my recommendation for some folks who are looking for a premium 15-incher with great peripherals and a standout screen. But if Dell only could figure out how to cool more powerful chips (or put a damn AMD chip in this thing), I think it could be a perfect device.