Earlier this year, Dbrand started selling matte black PS5 side plates that it called Darkplates, and when it did, it baited Sony right on the product’s info page to “Go ahead, sue us.” We got our hands on some, and they look exactly like you expect, making the sides of your PS5 black instead of white. They even have their own tongue-in-cheek take on the PlayStation icon microtexture.

As of Saturday, though, you can’t buy Darkplates anymore, as Dbrand has removed them from sale after (perhaps unsurprisingly) receiving a cease and desist letter from Sony. (If you visit the Darkplates site right now, it just shows a list of news articles, including ones from The Verge).

Dbrand shared the letter with The Verge, which we’ve included at the bottom of the article. Sony raises a few grievances in the letter, including taking issue with how the faceplates “replicate SIE’s [Sony Interactive Entertainment] protected product design” and with Dbrand’s versions of the PlayStation icons. Dbrand says the letter was issued earlier this year but didn’t provide an exact timeline as to when.

Dbrand does not appear to be agreeing to comply with a permanent cease and desist, though. It says it will comply for now.

Or more specifically: “We’ve elected to submit to the terrorists’ demands… for now,” Dbrand writes in this 1,666-word post on the company’s subreddit, one packed with harsh words for Sony and even a few F-bombs. The company signs off with “talk soon,” suggesting it has already has other plans. 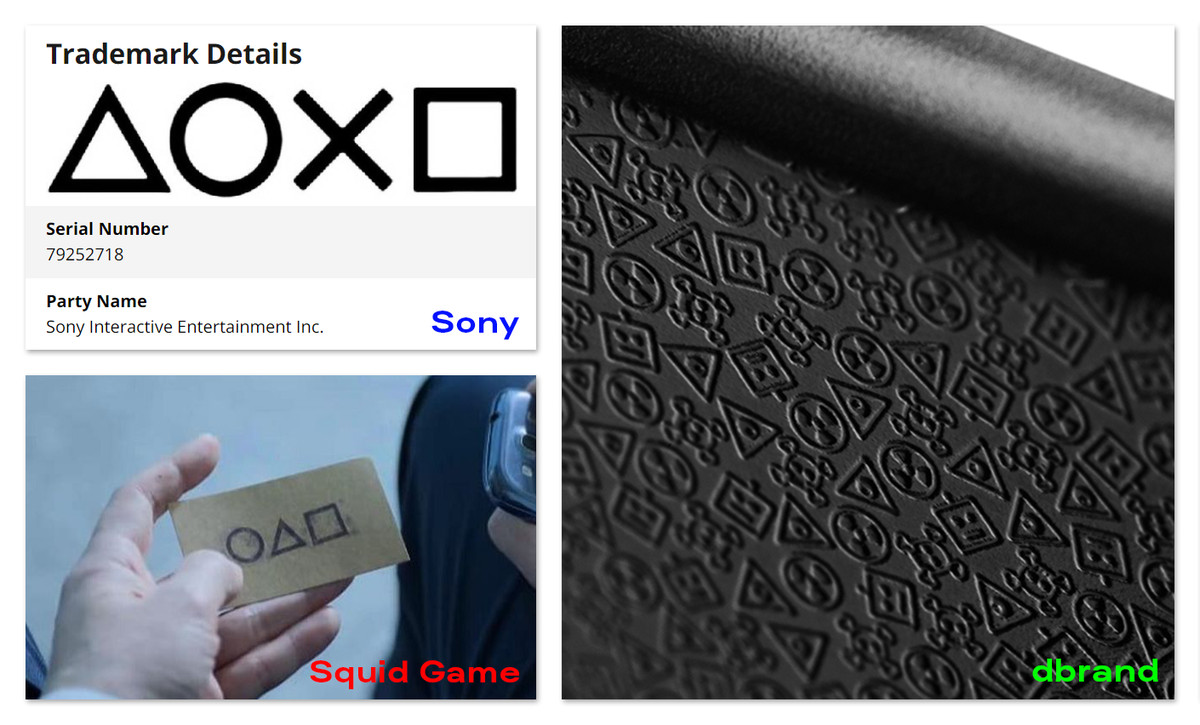 Dbrand has an enjoyable bit of whataboutism trying to shift the blame on popular Netflix show Squid Game. Image: Dbrand

This isn’t the first time Sony has threatened legal action over PS5 side plates. One company that started life as PlateStation5 changed its name to CustomizeMyPlates and then canceled and refunded orders, allegedly after Sony threatened legal action, VGC reported in November. That company returned in January and is selling its custom plates again.

Part of the reason that there is a market for side plates is likely because it’s not too hard to take them off a PS5. In fact, Sony shows exactly how you can do it in its official teardown of the console.

The ease with which you can take the PS5’s plates off not only makes it easy to get to the inner workings of the console but could also hint that it plans to release other versions of the side plates in the future. You can now buy red and black DualSense controllers and a black Pulse 3D Audio headset is on the way, suggesting that Sony is at least experimenting with other color combinations for its accessories, so an official set of black side plates doesn’t feel out of the realm of possibility.

If you don’t want to wait for Sony, though, you have one less option of third-party side plates to pick from while Dbrand’s are off the market.