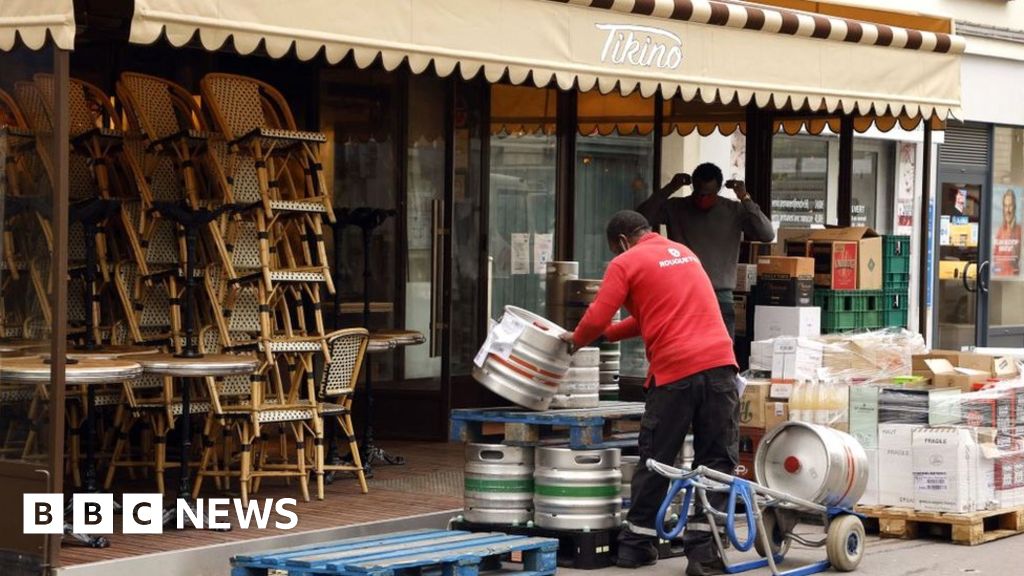 Covid: France to reopen bars and restaurants as lockdown eases 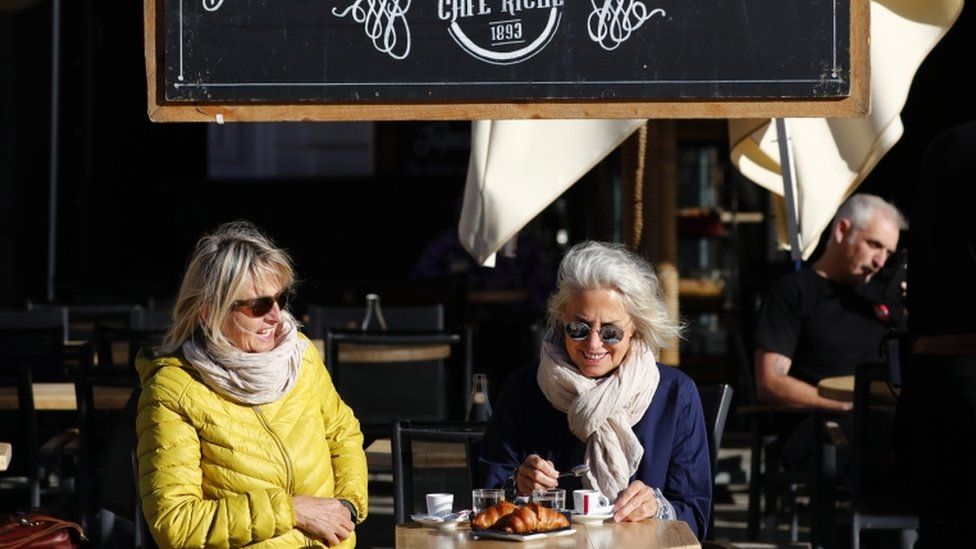 image copyrightEPA Bars, shops and cultural spaces across France have reopened their doors as the country starts lifting restrictions aimed at preventing the spread of coronavirus

. From Wednesday, groups of up to six people are allowed to eat together at outdoor restaurant terraces. France's nationwide curfew is also being pushed back from 19:00 to 21:00. Austria has also allowed restaurants, cinemas and theatres to open for the first time in six months. Customers with a Green Pass showing a negative test, vaccinations or recovery from an infection will now be able to take advantage of Austria's new rules. Austria's government has also announced that travellers from certain countries with low rates of infections will no longer have to quarantine from Wednesday, although they will still need to provide proof of a negative test, vaccinations or a recent infection. Austria entered its second nationwide lockdown in November after reporting record numbers of daily infections. Fewer than 600 new cases were reported on Tuesday, down from a peak of 9,586 on 12 November. image copyrightAFP What's the latest in France? Following months of closures, Wednesday's easing of restrictions means that along with restaurants, cafes and non-essential shops, cinemas, theatres, museums and sports venues are also welcoming customers. The BBC's Paris correspondent, Lucy Williamson, says people are excited about the prospect of a return of social life in France. One woman, our correspondent adds, had organised a day off work in order to sit through three screenings at her local cinema - back to back. Some medical experts in the country had raised concerns about the number of new daily Covid-19 infections, which now average about 13,000. But that figure is far lower than the peaks of more than 40,000 daily cases recorded as recently as last month. 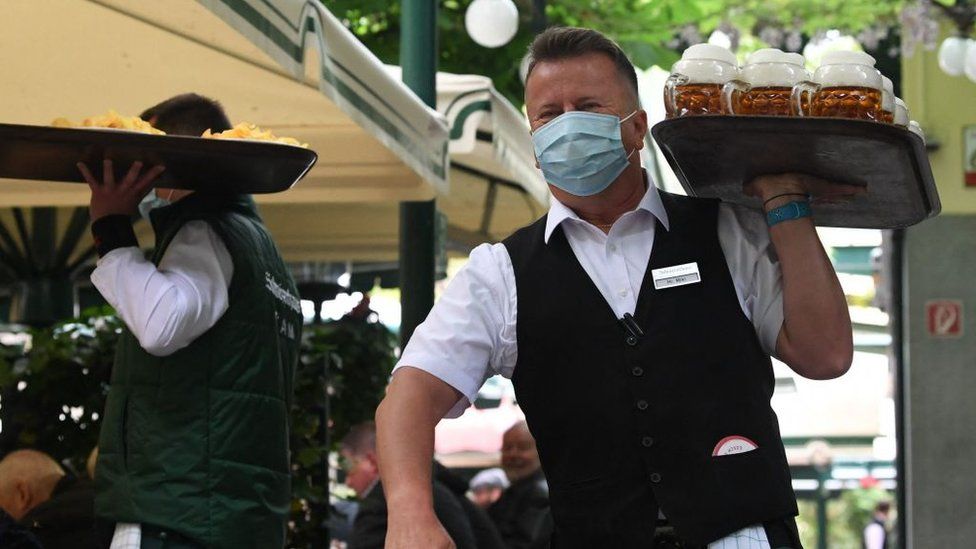 France's vaccination campaign has also been accelerating in recent weeks, with more than 20 million people (nearly a third of the population) now having received at least one dose, and almost nine million having received both

. The government had set a target of vaccinating 20 million people with a first dose of the jab by mid-May. As part of France's phased reopening, some restrictions on businesses remain in place. While bars and restaurants can open to the public, they will not be permitted to offer seating indoors and must not exceed more than 50% of their usual capacity. Venues such as cinemas and theatres will have to stick to 35% capacity and a maximum of 800 people. French Finance Minister Bruno Le Maire said the move to partially reopen businesses was a symbolic step in the country's economic recovery. France began easing restrictions on 3 May, when a domestic travel ban was lifted, enabling people to travel further than 10km (six miles) from home without needing to carry a form justifying travel. Secondary school students also went back to classes - nurseries and primary schools had reopened earlier. Under government plans, the night-time curfew is set to be lifted completely at the end of June. France has recorded more than 5.9 million cases of coronavirus and 108,201 Covid-related deaths since the start of the pandemic, according to Johns Hopkins University data. You may also be interested in: media captionResidents of tower blocks in Germany were quarantined following a case of the Indian Covid variant