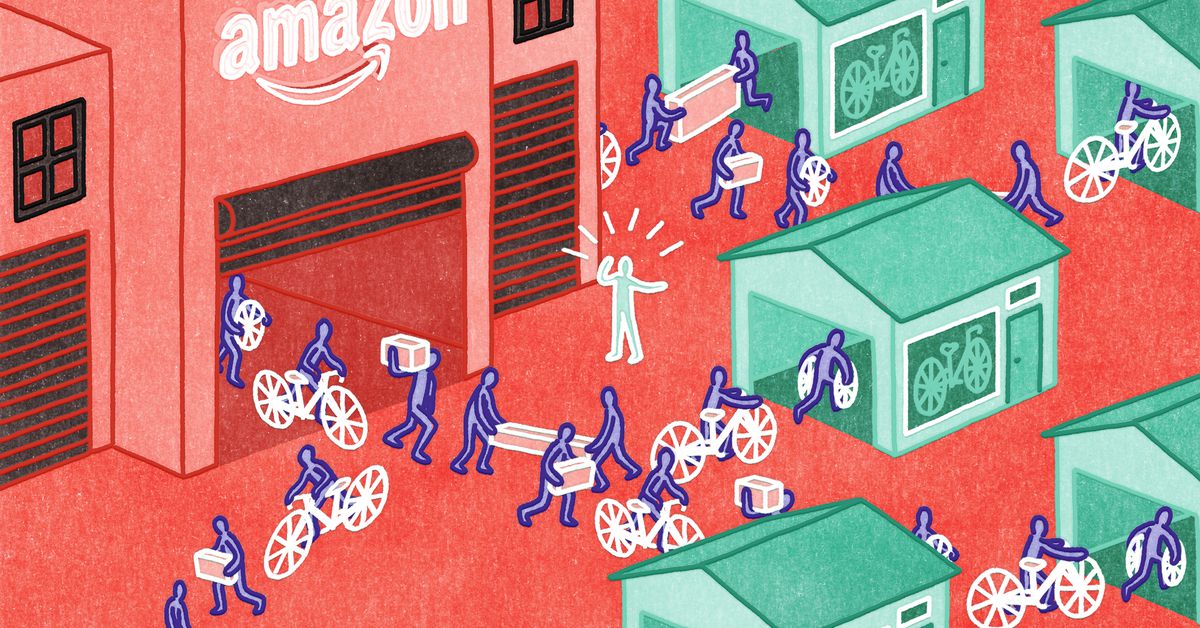 As demand for bikes surged, Amazon got in the way

After After leaving his job in global business development at Amazon, Aaron Kerson used his knowledge of the platform’s sales algorithms to power up his new business. Pacific Northwest Components, launched in 2015 with his wife Emily, slowly became a success, selling handlebars, levers, and other mountain bike parts. But when the pandemic hit and a global shortage battered the bike industry, Kerson realized one company was causing a lot of problems: Amazon.

Now Kerson’s company is part of a slew of businesses turning their backs on Amazon and removing their products from the platform’s marketplace. In the last two years, brands like Nike, Ikea, and Birkenstock have pulled their merchandise, citing frustration with business practices, counterfeit products, and lack of access to customer data.

“Is this worth it?” Kerson kept asking himself as he decided how much of PNW’s limited stock to list on Amazon. The responsibility of running a small business had been getting to him: “The multitude of scariness just keeps getting bigger.” But he had to change something.

In June, Kerson removed all of PNW Components’ products from Amazon. He wanted to reallocate the inventory to independent bike shops in an effort to save an industry shell-shocked by the effects of the pandemic. It would mean that 20-30 percent of PNW’s sales would disappear overnight. But there were upsides to leaving Amazon, too; PNW would regain direct control of customer service and returns, much of which was ceded to Amazon.

The COVID-19 pandemic affected supply chains everywhere. By the end of March 2020, there was a global shortage of bikes and bike parts, while demand surged. Most bike manufacturing is based in Asia, and as the pandemic wore on, PNW parts that used to take 45 days to ship from Taiwan took up to 200 days to arrive. By the start of 2021, Kerson heard of bike shops on the brink of closing down due to such high demand and low inventory. Pulling his products from Amazon, he thought, could help those independent bike shops — and rid PNW of an ongoing frustration.

Amazon had been posing serious customer service problems for PNW. Shopping for bike parts is complex, Kerson says, because choosing the right item depends on specifics about the customer and their bike. Amazon offers no way to provide that kind of expertise, so the rate of returns is high. 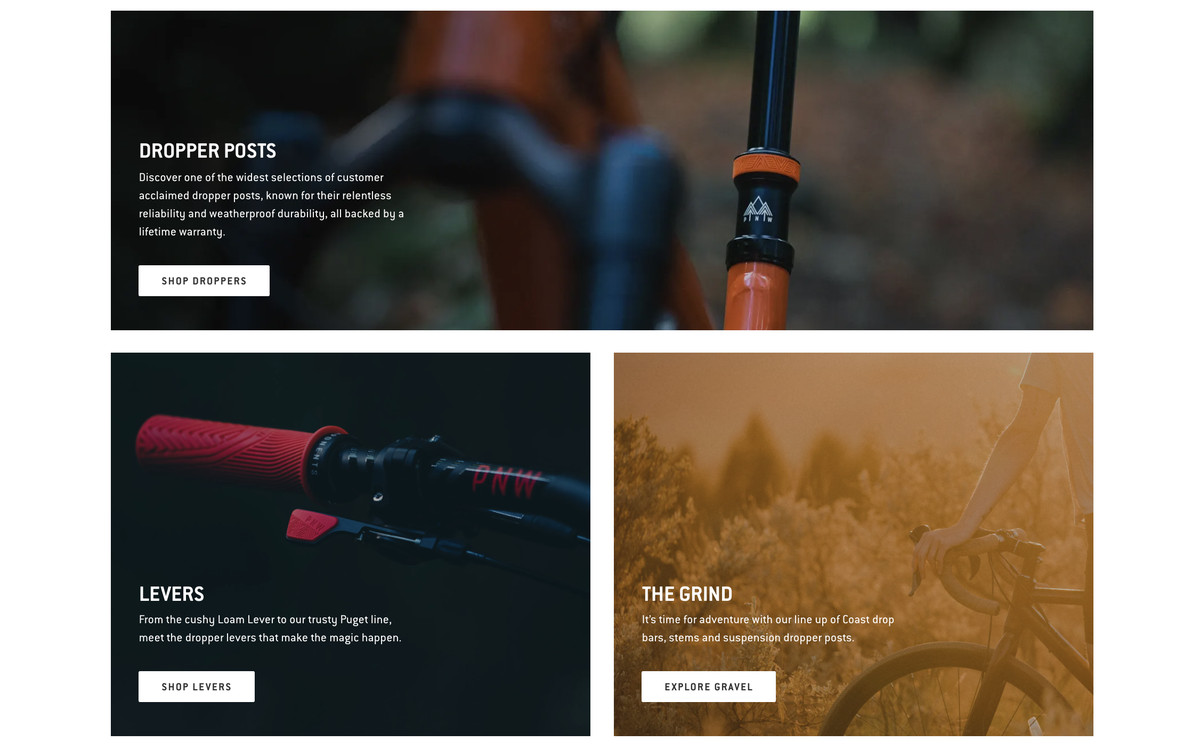 Return fraud was a constant issue for PNW, too. Kerson says he had hundreds of fake items returned to him via Amazon. He’s opened boxes containing steel pipes, a Mr. Coffee coffeemaker, a high-end faucet, and once, a child’s Superman costume.

Another headache was maintaining participation in Seller Fulfilled Prime, an Amazon program where sellers ship products directly on a speedy timeline, rather than using Amazon’s warehouses. The pace was unsustainable.

“You need to ship out products the same day. You have to do that at a 99 percent success rate. You can’t have too many returns,” says Andrew Marshall, who handles PNW’s operations and finance. PNW ended up selling some products where more than half the sale price went to shipping, even before Amazon had taken its commission.

“For anyone who is a small or medium-sized business, it’s physically impossible, or unprofitable, to be doing all-week nationwide delivery,’ says Juozas Kaziukėnas, founder of e-commerce research firm Marketplace Pulse. “Amazon has effectively killed Seller-Fulfilled Prime.”

The alternative is to use Amazon’s in-house service, Fulfilled By Amazon. But that requires small businesses to cede control, selling wholesale to the company or using Amazon’s fulfillment centers and delivery systems.

PNW wasn’t the only business growing tired of Amazon. Kerson and his team asked buyers at every retailer who stocks PNW parts to remove them from their Amazon stores too, so that everyone involved could maximize their profits and not undercut each other.

“We set up these calls and we were not expecting them to go very well,” says Marshall, “As soon as we started talking about it the buyers were really excited.”

Turns out, Amazon wasn’t working for these bigger bike retailers either. “The only reason they were on Amazon was because they had to be, to compete to sell that product,” says Marshall, “They were also losing money on low-dollar items, but they were taking the hit just to get a chance to connect with that customer.” Some sellers were putting slips of paper in with low-value items, asking customers to buy directly from the store next time.

Unlike struggling bike shops, Amazon’s profits skyrocketed during the pandemic. The company’s annual revenue hit $386 billion in 2020, up 38 percent from the previous year.

These problems aren’t unique to the bike industry. Kerson is part of a growing movement of small-scale sellers frustrated with Amazon.

Sarah Ford, a former US Marine, pulled her Texas-based luxury boot brand, Ranch Road Boots, off Amazon in 2019. “I looked at Amazon as the world’s biggest mall. And I just wanted to get my boots on as many people’s feet as possible,” she said.

Ford quickly faced challenges after starting on Amazon in 2016. She had underestimated the additional costs of succeeding on the platform, like buying paid advertising to ensure customers found her products. This was on top of the commission Amazon took on every sale.

Amazon accounted for 50 percent of Ford’s sales when she pulled her boots from the platform.

“It took a couple of years to get that revenue back on our side. But I have zero regrets,” Ford said.

Kerson and Marshall hope PNW will be in a similar position soon. However, as Marshall points out, PNW could only make the decision to leave Amazon because they’d grown their business there in the first place. For small businesses just starting out, ignoring the platform might not be an option.

“A lot of the smaller brands are really forced into using Amazon,” says Marshall. “If they want to grow their brand, there’s really not any alternative.”

Since they left Amazon, PNW’s returns have already dropped, Kerson says, and sales from their website have increased. They’re selling fewer low-dollar items, but they’re optimistic they will regain lost revenue. More bike shops have asked to stock their items.

Kerson doesn’t shop on Amazon himself anymore. But from the windows of his house in Seattle, he can see their delivery vans coming and going, all day long.